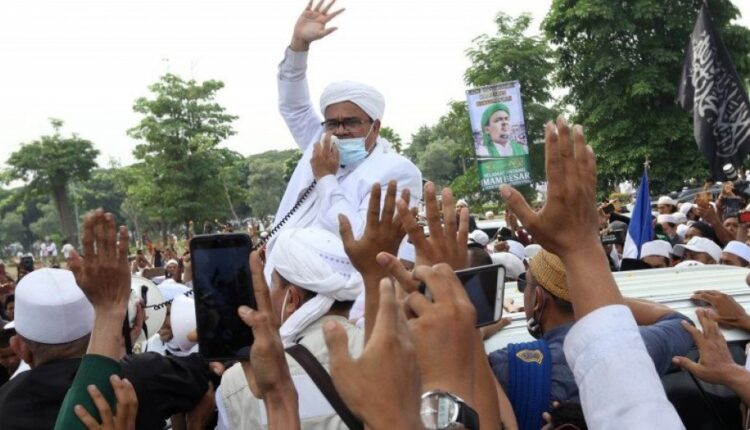 FPI as a mass organization that claims to defend the people, but disappoints because it causes confusion. They are not spreading peace, but instead destroying harmony between people in Indonesia. The community has neutralized the hashtag disband FPI on Twitter, because they are tired of their actions.

In 1998, FPI was born and immediately attracted the attention of the public, because they promised to defend the defenseless people. The emergence of these mass organizations only took place after the reformation era, perhaps because during the New Order era they were pressured by circumstances. But unfortunately the people’s sympathy has turned to hatred, because FPI likes to go on its own and pretend to be holy.

Still stuck in the memory when FPI members made a sweeping program during the month of Ramadan. They go berserk when a food stall opens, even though they could be non-Muslim owners and supporters. The attitude of FPI members who impose their will, makes the people sneer and pray that the mass organization will be dissolved.

Especially when the Rizieq case became a news headline. FPI members were willing to become a living fence and escort Rizieq anywhere, both when he arrived at the airport and at his home in the Petamburan area. When welcoming Rizieq, they even damaged facilities at Terminal 3 of Soekarno-Hatta Airport, and lost tens of millions.

Why are there mass organizations but instead commit vandalism in the public area? Instead of causing further trouble, it’s better to just disband it. The community also created the hashtag #bubarkanFPI on Twitter and it became a trending topic. The reason is because they are furious at the behavior of the members of the organization who have gone too far.

Apart from campaigning in cyberspace, in the real world, people also want FPI to be dissolved. Dozens of people demonstrated peacefully in front of the NTT Regional Police Headquarters. They expressed their wish for these organizations to stop disrupting peace in Indonesia and disband properly.

Meanwhile in Jakarta, a mass organization called Laskar Pemuda Muslim Indonesia also wants FPI to be frozen. The reason is that these mass organizations continue to fry the issue of identity and SARA. Whereas SARA is an easy target of divisions in the ummah, because it is a very sensitive matter.

Abdillah Zain, chairman of the Central Board of Trustees of the Indonesian Muslim Youth Army, stated that he and his colleagues had repeatedly demonstrated to call for the government to dissolve FPI. The reason is because these organizations are a threat to the state. In that sense, FPI really wants a change in Indonesian ideology, from Pancasila to khilafiyah. So that it can be categorized as a separatist group.

Apart from the community, Pangdam Jaya Major General TNI Dudung Abdurrachman also threatened to disband FPI. Because they never obeyed the law. In that sense, these mass organizations always create chaos in the community and create wars between tribes and religions. What’s the difference with a cowardly provocateur?

The public would be happy if the FPI disbanded because later on, no one else would act on behalf of the defenders of the ummah but instead stirred up hostility between people and tribes in Indonesia. Because FPI has never understood the meaning of unity in diversity. They do not understand the beauty of pluralism in Indonesia, which was campaigned by former president Gus Dur (late).

Many people have been waiting for the disbandment of FPI. Because they feel disgusted by the behavior of these mass organizations when they do sweeping in society. FPI also uses the issue of SARA to become a byword. When FPI is dissolved, its members must accept it sincerely, because this mass organization license is no longer valid in Indonesia.