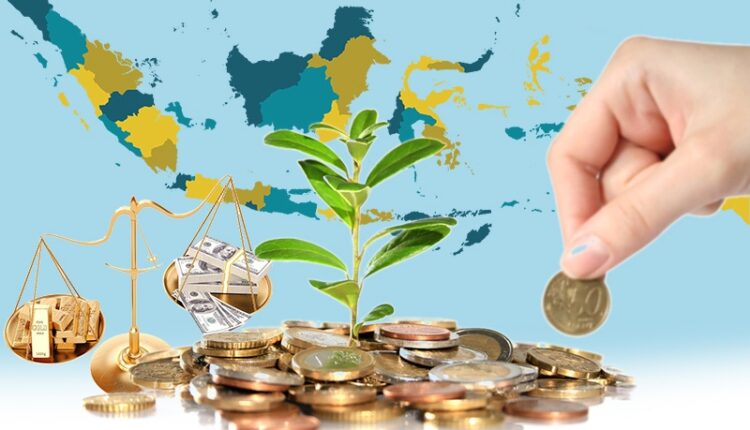 Indonesia has received the mandate of the G20 Presidency in the midst of difficult global conditions. The economic transition seems to be a challenge in itself for Indonesia, however this has not weakened the government’s determination to boost the Green Taxonomy to open investment faucets.

Indonesia’s geographical location is flanked by two oceans and two continents, making Indonesia a tropical region that is proportional to its abundant natural resources. Such as new renewable energy sources (EBT) ranging from solar, wind and water, geothermal, to ocean heat.

This condition forced Indonesia to have a geo-economy to always maintain its existence, because of course this has become the target of many countries around the world that implement certain interests in Indonesia.

With a large variety and number of EBT, Indonesia actually has a very large green investment opportunity. One of the objects of interest among countries is the issue of energy and food. These problems are the basic needs of human being which are absolutely a priority for the Global Interest.

The use of EBT or green energy to replace fossil energy in Indonesia is currently a transition of focus and priority agenda of the government, the discussion of green investment is also included in the series of activities of the G-20 Presidency in Bali.

Indonesia has the potential of abundant natural resources that will not run out as long as they are available in land, water and air for the benefit of green energy. Moreover, Indonesia has a target of reducing carbon emissions to zero percent by 2060, therefore the green energy transition must be accelerated for the sake of utilization and reducing the use of fossil fuels, such as coal and diesel. On the other hand, it certainly contributes to economic recovery and state income.

Through the view of the necessities of life, geo-economically Indonesia has two elements, namely food and energy. The total population of around 240 million is still dependent on imports. This can be proven by looking at how Indonesia’s trade balance recorded the highest deficit in history, which was USD 8.57 billion.

The main cause is again the oil and gas deficit, because the country is still dependent on imports, from here of course it can be seen, if geo-economically with food and energy imports, it is clear that this can erode the country’s foreign exchange and result in a state budget deficit.

With investments that focus on environmental, social and good governance aspects, the aim is to maintain the continuity of the economy and life on earth. Indonesia has launched a green growth program that seeks to create a conducive situation for green investment and capital increase, the ESG principle in investment is expected to target two things, namely, financial return and positive impacting . Thus, it is not only about making a profit, but also generating social and environmental impacts in a sustainable manner.

The management of the flow of funds from the investor and banking levels to the micro level of business actors must of course be accounted for in a transparent and accountable manner. Since this process of economic transition is new, a common reference is also needed in defining technical terminology and establishing criteria. For this purpose, the Indonesian Green Taxonomy is structured in order to bring together various viewpoints or interests of economic actors and thus avoid ambiguity.

The implementation of the G20 Presidency is of course expected to be the right momentum to accelerate and strengthen the sustainable finance ecosystem. The presence of delegations from member countries that control 85% of the world’s economy facilitates communication and coordination to discuss various obstacles and discuss joint actions.

Risk control can be carried out more easily because the Green Taxonomy also plays a role in monitoring and reporting business activities on a regular basis. The green taxonomy itself also plays a role in accommodating changes along the way to a mature and standard system.

If there is business certainty, green investment will be easier to obtain, especially now that global investors are starting to be interested in investing in this field. The government of course must continue to boost the Green Taxonomy, where a mature Green Taxonomy is expected to be able to open investment valves and be able to anticipate climate change.

RKUHP Prohibits Humiliation of the President, Not Criticism