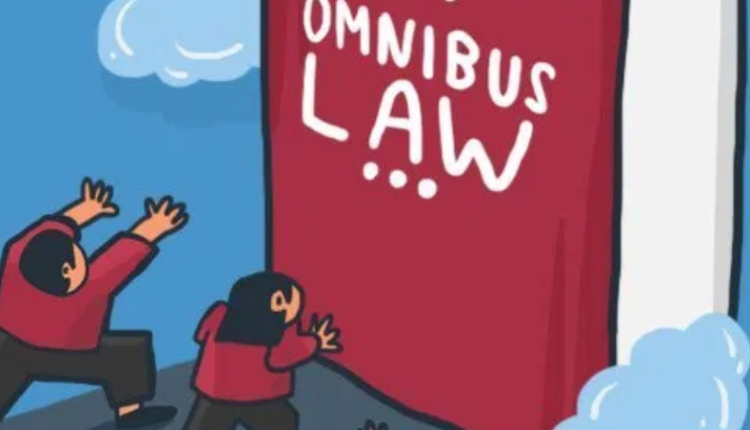 The financial condition in Indonesia had deteriorated due to the enormity of the corona storm. The government is trying to change this by passing the Job Creation Law. If this law is implemented properly, it will be a good financial stimulus. Because it encourages the entry of investment and facilitates export trade.

The pandemic period which lasted for almost a year caused a lot of stress, because their financial condition had deteriorated. Those who work in offices must be willing to have their salaries cut, some companies even collapse and have to be laid off. The street vendors also feel lonely from their stalls, because their purchasing power is decreasing.

The government did not want this to happen and cause a volume 2 economic crisis. Therefore, the Job Creation Law was created in order to overhaul regulations, from the economic sector to investment. In this law there is a cluster of ease of doing business and a cluster of SMEs that make entrepreneurs prosper, because the regulations will be very friendly to their business.

Djaka continued, the Job Creation Law was a savior, because it encouraged foreign investment to enter Indonesia. In addition, to increase income per capita, it is necessary to arrange for smooth production and exports, and to encourage higher government consumption. In this sense, if there is an incoming investment, then the money from investors becomes “fuel” in increasing production.

After facilitating foreign investment through the investment cluster in the Job Creation Law, they are excited to build a new factory in Indonesia. Even when this law was not enacted a few months ago, several investors were already entering. Among them are entrepreneurs in the fields of electronics, batteries and manufacturing.

Why is investment important? Because when foreign investors enter, they automatically need employees and reduce the number of unemployed. In addition, investors will help MSME entrepreneurs who have brilliant business ideas but lack capital. So that there will be a symbiosis of mutually beneficial mutualism, and the MSME business can level up. So that they are more prosperous.

Investment is also important because it is an indicator of developed countries. In developed Southeast Asian countries such as Singapore, there are many investors and the proof is that they are still surviving during the pandemic. When many investors enter, the business and economic world will be even more lively, because they dare to inject capital into local companies.

The Job Creation Law is not only beneficial for entrepreneurs, but also for private employees. They will get an annual bonus from the company, so that this money can make their family better. The amount of bonus that you get depends on the duration of work. So that it can be an encouragement, to be even more enthusiastic in working at the office. So it is very wrong when someone accuses that this law is only for entrepreneurs.

The workers also do not have to worry about setting the minimum wage which is now the right of the governor. Because it was precisely when the UMK was replaced with the UMP, there was a uniformity of salary that was not a headache. Moreover, when their work period is over 2 years, the salary is certainly above the UMP. If not, then the company can be reported to the Manpower Office.

The Job Creation Law was created for the welfare of the people. There will be an overhaul of the rules, in which employers and workers will benefit both. The government made this law with careful planning and thinking, so that the community enjoyed the results. Their financial condition will improve, as businesses develop, thanks to support from the government.

Optimizing the Role of Media Literacy Against Covid-19 Hoax