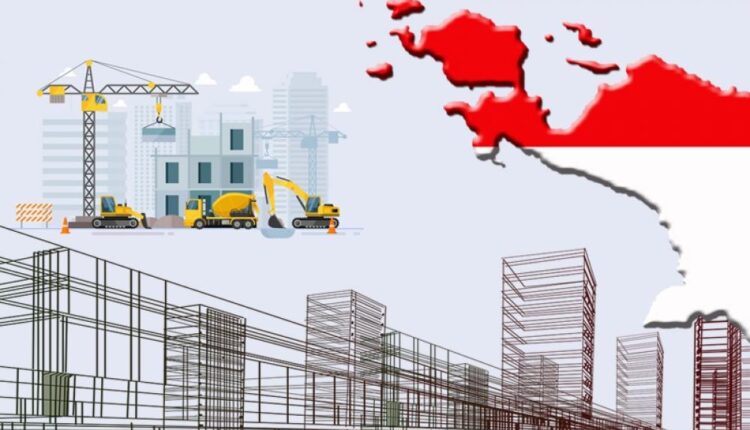 Papua has changed drastically from an area that is only filled with forests, to a super modern region. Progress on the Earth of Cendrawasih occurred due to infrastructure development that was reproduced in the era of President Jokowi’s administration. People are also happy because they are the ones who benefit from the infrastructure.

What do you think about Papua? This area is synonymous with remote places with people who still process sago and sweet potatoes in the traditional way. The image of Papua is actually not good, because what many people imagine is the wilderness, mountains, and people who still use koteka.

When in fact they were wrong. Papua has turned into a modern territory and is on par with other big cities in Indonesia. Even in Mimika the situation is claimed to be similar to San Francisco, because of its advancement. The modernity of Papua is the result of the hard work of the government under the command of President Jokowi, who wants equality between western and eastern Indonesia.

Infrastructure development in Papua is made with APBD funds and special autonomy. Since 2001, special autonomy has been made specifically for the Papuan people so that they will be more advanced. Even now there is real evidence, namely Youtefa Bridge, Sentani International Airport, Trans Papua Road, GOR Lukas Enembe, etc.

The funds disbursed are not playing games.

Even in special autonomy volume 2, the central government gave up to more than 1 trillion rupiah for the advancement of Papua. The additional funds for the construction of this Cendrawasih Earth are due in part to the costs of organizing the XX Papua PON which will be held at the end of 2021.

This fund is still added by 9 trillion rupiah which will be managed by the Ministry of PUPR. This amount of money will be divided into several projects. First, to free people from isolated areas, by building Trans Papua Road and Youtefa Bridge. So that the mobility of citizens will be smoother.

The second project is human resource capacity building. So, later on, project workers ranging from rude to high-ranking project officials will be prioritized from indigenous Papuans. This will benefit the community, because they get honoraria from this project. Apart from that, they were also given the opportunity to develop their own region and received great trust.

Meanwhile, the third is infrastructure development in the border area between Papua and Papua New Guinea, namely in the Skouw and Merauke regions. The cross-border post will be beautified, so that it can become a tourist destination at the same time. If there are a lot of tourists, the local government gets foreign exchange and civil society can sell souvenirs typical of Papua.

In addition to infrastructure development, there is a companion program, namely PKT, aka cash-intensive. Funds for this program are even greater than last year, which is more than 700 billion. With this much money, it will be used as 19 activities and absorb more than 20,000 workers. Civil society does not need to be confused because they can join this program and get their livelihoods again.

With the construction of buildings, roads, airports and other infrastructure in Papua, society will be more advanced. First, accelerated mobility, thereby saving time and effort. Second, easy road access will attract foreign tourists who will travel to Papua after the pandemic, because they like Papua’s natural exoticism that is second to none.

Infrastructure development in Papua is positive because it benefits the community.

They can enjoy good and smooth road access, not macadam roads or paths that are difficult for motorized vehicles to pass. Apart from that, Papua’s modernity also attracts foreign tourists, who will go on vacation without fear of going through damaged roads.

Relocation of the Capital City to Accelerate Equitable Development