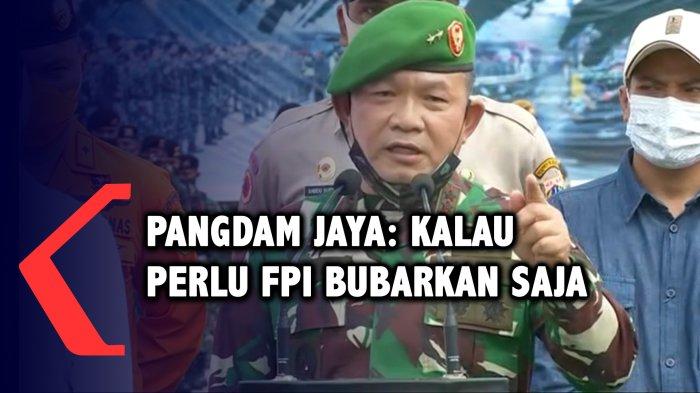 Problematic Organizations deserve to be dissolved

Islamic Defenders Front (FPI) leader Habib Rizieq is O RMAs often leading to controversy as violence to intolerance. Until now, the legality of this Ormas is unclear, so it should be disbanded.

The social organization structure for the Islamic Defenders Front (FPI) has apparently ended since June 2019. This was confirmed by the head of the Ministry of Home Affairs’ information center, Benny Irwan.

Previously the TNI had acted decisively under the leadership of Pangdam Jaya, Maj. Gen. Dudung Abdurachman, to unload Habib Rizieq’s billboards in Jakarta.

He explained, the installation of billboards and banners has its own rules such as location, size and duration that must be followed by anyone.

On a different occasion, former member of the DPR RI from the PAN faction Abdillah Toha said that FPI frontman Habib Rizieq has the potential to divide and destroy the sense of unity and integrity of the Indonesian nation.

It was not without reason that he opposed Habib Rizieq’s arrival to Indonesia, because it was considered that this could worsen the situation. Moreover, Rizieq’s arrival has been proven to have violated the Covid-19 protocol set by the government with the holding of a daughter’s marriage and the holding of the Prophet’s birthday.

Through his tweets, he as a member of Habaib regretted and declared that he was not part of the statement of Rabithah Alawiyah who welcomed the arrival of someone who had the potential to divide and destroy national unity.

The Indonesian people already know that HRS often uses inappropriate words and does not reflect a person worthy of respect.

Chairman of the Indonesian Ulema Council (MUI) Malang Regency KH. Misno Fadhol Hija considered that the words ‘lont *’ that came out when HRS gave a lecture was not a reflection of the preacher.

KH Fadhol said, in fact, a preacher or preacher should say words that can be soothing in accordance with the reflection of Islam that can bring peace to all people.

He added that the words lont * uttered by Rizieq were harsh words that were inappropriate to say. Moreover, the one who said this was a preacher or leader of a people in front of his congregation.

Therefore, when a preacher whose words and lectures contain only motivations that bring disunity and discomfort to the entire ummah, then it could be that his status of cleric or personality is questioned.

KH Fadhol said that scholars, preachers or preachers should be able to give good words with good moral ethics. If only the impulses are for other interests, of course this does not bring peace and comfort, it can destroy unity and integrity.

The threat of damaging unity and integrity can be seen from the track record of FPI, where since the existence of FPI, some people have begun to dare to say kafir and kafir, not only to followers of other religions, even fellow Muslims are said to be kafir.

Especially if they support the implementation of the Khilafah in Indonesia. This of course will be very dangerous if left unchecked. We certainly believe that Pancasila is the final foundation of the state.

So that if there is a group of people who have thoughts about changing the basis of the Republic of Indonesia, this is certainly far deviating and dangerous, this is because Pancasila as the basis of the state has ‘changed’, then automatically Indonesia no longer exists and is no longer Indonesia.

Social and Political Observer from UIN Syarif Hidayatullah Jakarta Adi Prayitno argues that this phenomenon is a consequence of the negative image of FPI that has already taken root in society.

In 2012, the Minister of Home Affairs (Mendagri) Gamawan Fauzi at that time also considered freezing the mass organization, this was because he had not been able to forget the mass anarchist action of the FPI during a demonstration rejecting the evaluation of the nine alcohol regulations on January 12, 2012. Where at that time a number of glass of the Ministry of Home Affairs building was destroyed by the anarchist action.

FPI has made history as a mass organization that often riots. As in the peaceful demonstration organized by the National Alliance for Freedom of Religion and Belief (AKKBB), FPI launched its action by beating the participants with bamboo.

Therefore, the dissolution of FPI certainly has clear grounds and reasons, that these organizations have hurt the Indonesian nation.