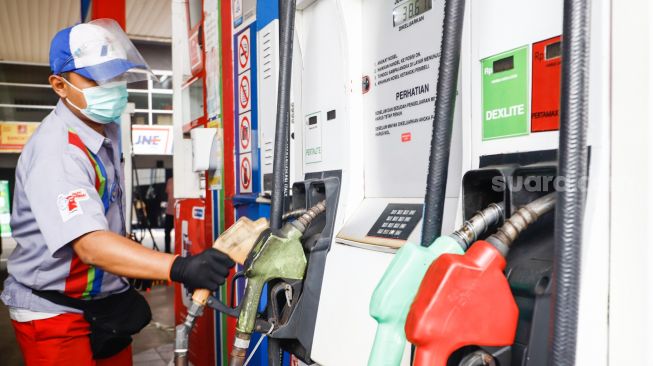 The government has made adjustments to fuel prices. Religious leaders support this because the fuel subsidy will be diverted and given to people who are entitled to it.

Fuel prices are officially adjusted starting on September 3, 2022. Where Pertalite costs 10,000 rupiah, Pertamax becomes 14,500, and Solar becomes 6,800. The adjustment has been socialized since a few weeks ago so that no one is surprised.

When there is an adjustment in the price of fuel, it is approved by religious leaders. When it gets support, it proves that the government’s decision is right. The price adjustment was forced, because world crude oil prices also changed, from 65 dollars to 100 dollars per barrel. If the price is not adjusted, it will burden the state budget because the subsidy burden will increase to 502 trillion rupiah.

Buya Mas’oed Abidin, Former Chairman of the MUI West Sumatra stated that the adjustment of fuel prices will be good because people’s dependence on subsidized fuel will decrease. In a sense, so far there are still many users of subsidized fuel and people are dependent on subsidies. Even though the government is not always able to provide subsidies because it affects the State Budget and the state’s financial condition.

Users of subsidized fuel should be from the poor, because they can use Pertalite. But in reality, there are still a lot of luxury motorcycles and luxury cars lining up at gas stations to buy Pertalite. Even though they should have used Pertamax which was not subsidized.

This kind of abuse will be minimized when the subsidized fuel price is adjusted, because the price is not much different from the non-subsidized one. Therefore, it is natural for religious leaders to support price adjustments because it will reduce fraud in the community. It will automatically reduce sin as well because it takes away the rights of those who should receive subsidies.

Buya added that fuel subsidies could be diverted to other sectors such as health, education, etc. The arrangement of the transfer will make the community more prosperous. In a sense, the diverted subsidy will be very beneficial because it is useful for the health sector. For example, the provision of vitamins and free milk for toddlers and children, so that they will be healthier.

Buya added that the fuel price adjustment was due to fluctuations in world crude oil prices. In a sense, the basic ingredients increase so that the price of fuel in Indonesia is also adjusted. This is in accordance with economic law, and if the fuel price is not adjusted, the government will be in trouble because it has to bear subsidies of up to 502 trillion rupiah.

People need to understand that fuel price adjustments are not only happening in Indonesia but also in many other countries. In fact, the price of fuel oil abroad is much higher than in Indonesia. For example in the United States, gasoline per liter reaches 15,000 rupiah. While in Singapore, the price of gasoline even reached 33,000 rupiah per liter (if exchanged).

Compared to Pertalite, which will be adjusted to 10,000 rupiah, it is still more affordable. So when there is a price adjustment, the government takes a figure that will not burden the community. Moreover, the people’s economic capacity has strengthened and is no longer affected by the effects of the COVID-19 pandemic even though the corona is still entrenched on earth.

Then, people need to understand that the economic price of Pertalite is 13,500 rupiah per liter. If the price is adjusted to 10,000 rupiah per liter, then a small subsidy will still be given, so there will be relief. Adjustments are not made drastically because if they are sudden and large, they are worried that it will cause inflation and cause the economy to shake.

The fuel price adjustment was carried out slowly and only slightly, because the government realized that if Pertalite was sold at an economic price, it would be difficult for the community. Therefore, the price of 10,000 rupiah per liter is considered appropriate and can still be affordable by the small people.

If people follow Buya’s advice, they will understand that adjusting the fuel price does not mean that the regulations are strict and cruel. However, adjustments had to be made because the base price rose, and it happened all over the world. No one should hold a demonstration after the fuel price has been adjusted, because it is still a pandemic and demonstrations will not get permission from the authorities.

Religious leaders fully support the adjustment of fuel prices because the subsidies provided are too burdensome for the state budget and will disrupt the health of state finances. It is better for subsidies to be diverted to the health and education sectors and more useful for the community, especially the poor. All Indonesian citizens are asked to be willing to face the fuel price adjustment.

BBM Social Aid from the Government Prioritizes the People’s Benefit