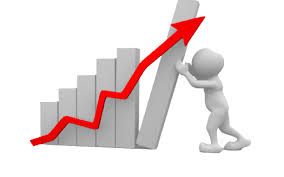 RI Coming Out of Recession

Good news from the economic sector that positive growth reached 7.07%, this shows that Indonesia has officially come out of recession and the direction of the national economic recovery is on the right path.

He added that based on nominal, Constant Prices (ADHK) reached Rp 2,772.8 trillion in the second quarter of 2021. While the basic figures for current prices (ADHB) reached Rp 4,175.8 trillion in the same period. Margo explained that the realization of this growth was influenced by export growth which increased by 10.36 percent from the 2021 quarter and grew 55.89 percent from the second quarter of 2020. The increase in exports occurred due to the recovery in global trade and increased demand from a number of trading partner countries.

In addition, it was also supported by an increase in imports which confirmed the growth of the domestic industry, where imports rose 50.12% from the second quarter of 2020 and increased 9.88 percent from the first quarter of 2021.

Domestically, Margo said that economic growth was also supported by increased community mobility in the second quarter of 2021. This was reflected in the increase in people’s mobility to shopping places to outside the city which was monitored through travel using various modes of transportation. For example, for domestic flights for April, May, June 2021 this is better than April, May, June 2020.

Furthermore, the increase in mobility decreases the level of public consumption and investment. One of them is reflected in motorcycle sales which rose 10.65% in the second quarter from the first quarter of 2021 and 268.64 percent from the first quarter of 2021. In addition, it was also reflected in an increase in PPh 21 by 5 percent and VAT on luxury goods by 8 percent.

Meanwhile, when compared to a number of trading partner countries, the realization of growth was below Singapore’s 14.3 percent, the European Union’s 13.2 percent, the United States’ 12.2 percent, China’s 7.9 percent and Hong Kong’s 7.5 percent. However, it is higher than Vietnam’s 6.6 percent and South Korea’s 5.9 percent.

This was influenced by the growth of the global PMI index which rose from 54.8 percent to 56.6 percent in June 2021. It was also supported by rising world commodity prices, such as wheat, palm oil, soybeans, tin, aluminum and copper.

Nevertheless, the realization of this growth is in line with President Joko Widodo’s (Jokowi) target of reaching 7 percent. Likewise, the expectation of the Minister of Finance Sri Mulyani ranging from 7 percent to 7.5 percent.

Last year, Indonesia had entered into a recession due to the economy contracting for two consecutive quarters. Even though it has grown positively and is out of the recession zone, Finance Minister Sri Mulyani Indrawati said Indonesia still had to remain vigilant. This is because the delta variant of Covid-19 is still attacking a number of sectors whose durability is lacking due to Covid-19.

Ryan Kiryanto as the Economist said that this economic growth occurred in all business fields. The most significant occurred in the transportation and warehousing sector with 25.1% and the provision of accommodation and food and drink by 21.58%.

This achievement is of course a proud achievement, let alone a pandemic status has made some people lose their jobs , s ehingga official recession status not mel e kat again.

The Community Rejects Demos During the Covid-19 Pandemic