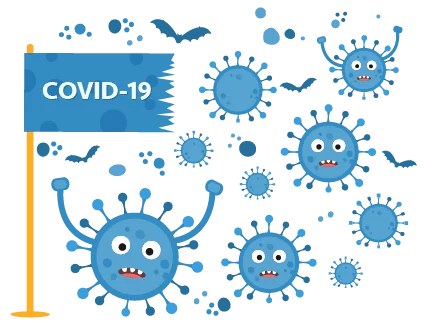 The co-19 pandemic has not yet passed, the Indonesian government is trying hard so that there are no more fatalities. The community in a survey stated that the handling of Corona conducted by the Task Force was satisfactory. The Task Force has worked hard to socialize health protocols through the media so that the public is more orderly.

The survey results from Alvara Research showed that 72.7% of Indonesian people were satisfied with the handling of Covid-19 conducted by the Task Force for the Acceleration of Handling Covid-19. This was stated by Hasanuddin Ali, CEO of the research institute. This survey shows the work of the Task Force is quite good in dealing with Corona in Indonesia.

The survey results show how the Covid-19 Handling Acceleration Task Force has worked extra hard in dealing with Corona . Every day we get a live broadcast about the number of co-19 patients in Indonesia. There is also a socialization to comply with the health protocol which is sent via SMS regularly, to all Indonesian people.

The Task Force established in March 2020 is a unit under the National Disaster Management Agency. The co-19 pandemic was included in the category of disaster because it had already claimed many victims. The next task of the Cluster is to prevent further casualties.

One of the tasks of the Task Force is to announce the number of Corona patients and fatalities, so that sometimes the community thinks their job is only for the messenger of death. Though there are several other types of tasks, such as assisting the distribution of PPE (hazmat clothes) and medical equipment to be distributed in many hospitals.

The next task of the Cluster is to improve laboratory capabilities, in collaboration with the Ministry of Research, Technology, Ministry of Health, and other ministries. Later, more than 72 laboratories will be used

By examining the results of rapid tests that are often held in cities in Indonesia. So when there are patients who are positive covid-19 can be directly treated.

The Task Force also often reminds that markets and other public places are very vulnerable in Corona transmission . Therefore people still have to wear masks and comply with other health protocols. Especially now that the Covid-19 virus can be transmitted through the air. So the only protection is to wear a clean cloth mask.

Why should there be socialization from the Task Force? Because a rule stated every day will be stuck in the subconscious of the community. So they understand that health protocols must be carried out and for the sake of self safety. The community is satisfied because the task force is campaigning to wear masks with sentences that are easy to understand.

The community was also satisfied with the performance of the Task Force because they formed a team of medical volunteers to help deal with Corona patients . Because the number of medical personnel in hospitals is increasingly limited and overwhelmed in treating patients in isolation. This also minimizes the death rate of health workers due to fatigue and contracting co-19.

The Task Force also established an online consultation program . So people who experience Corona symptoms such as fever and shortness of breath, can talk directly to the doctor via cellphone. No need to queue for long in the hospital. Doctors can immediately send an ambulance to pick up patients to the isolation room. The community praised the Task Forces on this one.

) * Active writer in the Jakarta Press and Student Circle