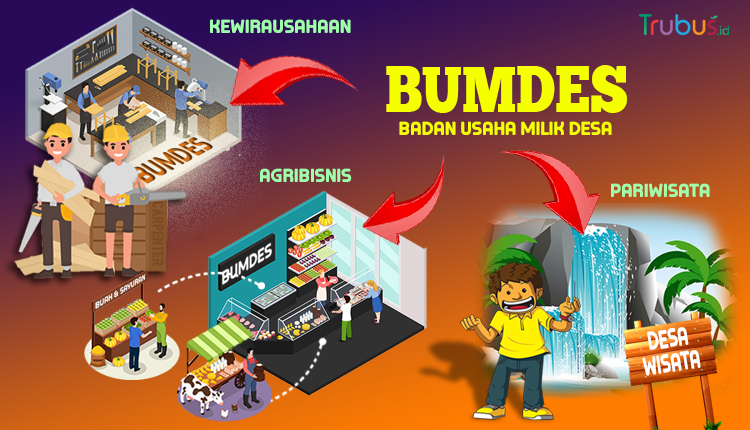 The government created the Job Creation Law so that all levels of society benefit. Not only for entrepreneurs, but also for rural communities. The reason is because in this law it regulates that BUMdes have their legal status easier, so that they can create a limited liability company. People in the village will be more advanced because the BUMDes is progressing.

So far, there has been a slight gap between rural and urban areas. In big cities like Jakarta and Surabaya it looks more advanced, while in rural areas it is so-so. This difference causes rural communities to move to the city, even though the overflowing population can create new social problems.

To overcome this problem, the government made the Job Creation Law, as a stimulus to promote the village. So later in the village the situation will be modern, because BUMDes is already a legal entity and creates many business lines. So that residents no longer insist on urbanization anymore. But together they built the village so that the people would prosper.

In Law number 11 of 2020, aka the Job Creation Law, Village-Owned Enterprises (BUMDes) can have a legal umbrella. This was disclosed by the Minister for Villages, Disadvantaged Areas and Transmigration, Abdul Halim Iskandar. According to him, if BUMDes is already a legal entity, it will be easy to get capital from the bank.

Abdul Halim continued, so far BUMDes are still choked up due to lack of capital. So when the Job Creation Law makes it easier for this business entity to become a legal entity, the Bank will provide credit quickly. In the sense that when BUMDes has legality, it will be more trusted by the Bank. So that business capital can be rotated and profitable.

The management of this legal entity must go through the Ministry of Villages, Development of Disadvantaged Areas, and Transmigration, as well as the Ministry of Law and Human Rights. Later, each village will have a BUMDes with a different name, so that it doesn’t get confusing. After the BUMDes is a legal entity, it can create other lines of business that are legal entities, such as limited liability companies.

If the BUMDes has received a legal entity and capital from the bank, the manager will be able to process it, in order to get a profit. It is undeniable that a business definitely requires a lot of capital. So that credit assistance from the Bank is needed. So that it can be a stimulus, so that village life becomes prosperous.

If the BUMDes management is creative, in fact there is still a lot of potential in the village that could be excelled, for example back to nature tourism. People in the era of adapting to new habits already miss traveling and they want to take a walk in a beautiful village. And feel the coolness and beauty of nature.

BUMDes can manage inns made of natural materials such as wood or bamboo, and serve rural dishes such as corn rice, urap-urap, and chili sauce. After resting, tourists are directed to natural recreation areas. For example a lake or waterfall. This kind of concept is favored by local tourists because they are already fed up with the hectic city atmosphere.

If this tourism business is busy, it will create a positive domino effect on the village community. They can sell souvenirs from local ingredients, such as mini angklung. In addition, people can become tour guides when there are foreign tourists. They can also work as parking attendants at recreation areas in the village. So that you get additional income and don’t have to migrate to the city.

Therefore we must support the Job Creation Law because it also advances rural communities. BUMDes is progressing because it has a clear legal entity and has the trust of the Bank. Business capital can be rotated to open new businesses, so that there are benefits. Not only for BUMDes administrators, but also for all village communities.

Optimizing the Role of Media Literacy Against Covid-19 Hoax