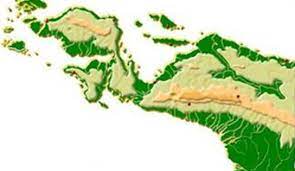 The government plans to add new autonomous regions through regional expansion in the provinces of Papua and West Papua. The expansion plan has the support of the Papuan people, including the tribal chiefs, because it is believed to be the right solution to accelerate development in the Papua region.

Law No. 2 of 2021 concerning the Second Amendment to Law No. 21 concerning Special Autonomy for Papua, makes it easier for the central government to carry out regional expansion in Papua. Article 76 paragraph (2) states that the government and the House of Representatives (DPR) can divide provincial and district/city regions into autonomous regions to accelerate equitable development, improve public services, and public welfare, as well as elevate the dignity of the indigenous Papuans. taking into account the political, administrative, legal aspects, socio-cultural unity, readiness of human resources, basic infrastructure, economic capacity, future developments, and/or the aspirations of the Papuan people.

The tribal chiefs and traditional leaders in Papua also agreed to support the government’s program for the expansion of the Papua region, because it brings many benefits and conveniences to the community.

The head of the MeePago tribe, Hans Mote, said that he strongly agreed and gave full support to the government for the expansion of the new autonomous region in Papua. With the expansion of this new autonomous region, it is hoped that Papua will become more advanced and its development evenly distributed in every line so that its people can live much more prosperously.

On the same occasion, Niko Maury as the Head of the Red and White Front of Jayapura City said that the expansion of the Papua province which is the current central government program is the aspirations of the people that have been conveyed since ten years ago.

Previously, the Chief of the Tabi Tribe, Herman Yoku, asked all parties not to be allergic to the declaration of the South Papua Province (PPS). Moreover, the aspirations of PPS have existed since the 20s of last year, especially now in Papua there are 5 customary areas with various problems, the PPS declaration is very reasonable and is regulated in the Special Autonomy Law article 76.

Ondofolo Yanto Eluay, as a traditional Tabi leader, also supports the plan for the expansion of the new Autonomous Region. According to Yanto, the purpose of the expansion was for the progress and welfare of the Papuan people as well as for education and progress in all aspects.

Regional expansion is believed to be able to improve education, health and infrastructure services to the interior and remote areas of Papua. In addition, the expansion can also increase local revenue (PAD) and narrow the distance between the community and their respective local governments. In essence, the division of Papua is very important and strategic for the interests of local Papuans.

Traditional leaders and tribal leaders in Papua continue to push for the plan for the expansion of Papua by the central government and invite the Papuan people to participate in supporting the regional expansion policy because it is very good for regional progress and improving the welfare of the people of Earth of Cendrawasih.