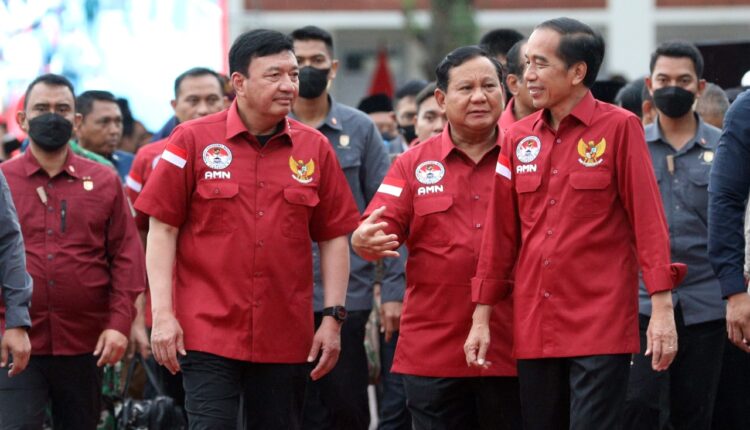 Head of BIN: AMN Becomes the Center for the Birth of Prospective Nation Leaders

The construction of the Nusantara Student Arama (AMN) located in East Java has been completed and was inaugurated by the President of the Republic of Indonesia Joko Widodo on Tuesday (29/11/2022).

The Archipelago Student Dormitory (AMN) is a forum for uniting students from various ethnicities, languages, cultures and religions who come from various regions in Indonesia and from various universities.

During the inauguration of the AMN Surabaya, Jokowi said that the development of the AMN started with the proposal of 61 Papuan figures who came to the Palace. This proposal was made because so far there has been frequent friction between student dormitories.

“Because of the many incidents of friction between students and this, if we look at almost all provinces, especially in educational cities, it is always that each province has its own hostel,” said Jokowi.

Jokowi welcomed the existence of the AMN to maintain ethnic and religious diversity in the country. According to him, AMN will be a vessel in maintaining the nation ‘s diversity .

AMN Surabaya’s capacity is 540 students. Currently AMN has been filled by 410 students from Sabang to Merauke.

Head of the State Intelligence Agency Budi Gunawan (BG) explained that currently AMN is also inhabited by a number of native Papuan students. ” The number of OAP students at AMN Surabaya is 165 with the proportion of 120 men (72.72%) and 45 women (27.27%) ,” explained the Head of BIN in his report.

Management of AMN includes fostering residents of the Archipelago Student Dormitory (AMN) carried out by the Ministry of Education and Culture and Research and Technology which involves BIN, BPIP, TNI, Polri, Kemenpora , Pemprov, and related Ministries/Agencies.

Head of the State Intelligence Agency Budi Gunawan (BG) praised President Joko Widodo (Jokowi) as a figure loved by the public, including the younger generation. BG hopes that Jokowi can become a foster parent for students at the Nusantara Student Dormitory (AMN) in Surabaya.

“They really hope that you will be willing to be their foster parent,” said BG at the inauguration ceremony of the Surabaya Nusantara Student Dormitory as broadcast on their YouTube account. Presidential Secretariat , Tuesday (29/11/2022).

The head of BIN also hopes that this AMN will become a model for a house of diversity in building Pancasila values and the basis of the 1945 Constitution. “In accordance with the direction of the President, the goal of AMN development is to become a model home for diversity , a common home for the archipelago, for students of the nation’s younger generation. By carrying out the values of Pancasila and Bhinneka Tunggal Ika,” said the head of BIN.

Inaugurated by the President, Government Optimizes AMN for Fostering National Values of the Young Generation