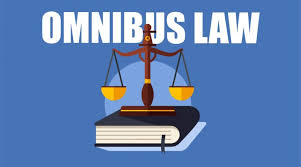 The government is trying its best to overcome unemployment and employment problems that are currently still happening in Indonesia. One of these ways is taken by initiating the Job Creation Act which prioritizes the interests of the people and is oriented towards increasing employment opportunities.

Legal expert and member of Commission II of the DPR RI, Junimart Girsang, regrets that the ongoing polemic regarding the Job Creation Law can interfere with the government’s efforts to increase economic growth for the welfare of the people. He believes that the longer this polemic goes on, the worse the situation will be. According to him, the Job Creation Act was actually drafted to solve employment problems.

Coordinating Minister for the Economy Airlangga Hartarto said the purpose of the Job Creation Act in accordance with the framework of Articles 4 and 18 of the 1945 Constitution was related to the protection and certainty of rights for laborers. With this Job Creation Law, the state is present in the form of Pancasila industrial relations which prioritizes tripartite relations between the government, workers and employers, one of which is the issuance of JKP (Job Loss Guarantee) which will be managed by BPJS Ketenagakerjaan, where the initial capital will be provided by the government. The program includes cash benefits, training for upgrading or reskiling, as well as access to information on the labor market. Airlangga said that JKP.

The Minister of Cooperatives and SMEs, Teten Masduki, has confirmed that the existence of the Job Creation Law will have a positive impact on the development of MSMEs. According to him, MSMEs are the spearhead of Indonesia’s economic growth. The reason is, 99 percent of business actors in the country are MSMEs with employment reaching 97 percent.

With the work creation law, MSME licensing is equated with big businesses so that the government makes licensing easier through online single submission (OSS). He also emphasized the existence of partnerships, experience in countries and many countries, MSMEs that grow big are MSMEs that partner with big businesses, the system is integrated with big industries. Not only with large industries, government partnerships are also encouraged to accommodate MSME business development, for example in rest areas, airports, terminals and other public places.

The Job Creation Law also offers convenience to establish cooperatives by setting a minimum number of establishments by only 9 people, from the previous 20 people. In addition, the Job Creation Law also contains regulations regarding the incubation of the creation and growth of new businesses, as well as strengthening the capacity of actors for start-up businesses. This law also allows MSME actors to absorb more workers and the formation of cooperatives can be easier.

Member of Commission VI of the DPR RI, Darmadi Durianto, ensured that the Job Creation Law which had been ratified by the DPR RI would provide many conveniences and benefits for Micro, Small and Medium Enterprises (MSMEs).