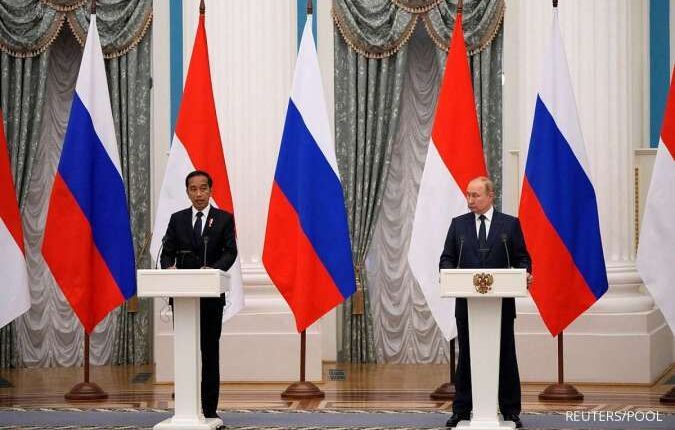 The construction of the National Capital City (IKN) of the Archipelago seems to have attracted foreign investors to be involved in the development, not only from Asia, this project is also attractive to entrepreneurs from Russia to invest in IKN.

A number of businessmen in Russia consider that investment opportunities in IKN Nusantara are very interesting to do and are looking for entry points to invest in the project for the new Indonesian capital city.

Daniyar Akkaziev, CEO of the Russia-ASEAN Business Council, said businessmen in Russia had already talked about this. Moving the capital city from Jakarta to a new place is a very big project.

The Russia-ASEAN Business Council, founded by the Russian Chamber of Commerce and Industry in 1998, is an organization that provides practical assistance to Russian entrepreneurs and businesses in the development of multi-vector trade, economic cooperation and investment with the Association of Southeast Asian Nations.

Daniyar said that Russian businessmen were following the development of the plan to relocate the capital city in Indonesia.

Daniyar knows that the relocation of the capital city cannot be done if it only relies on financing from the government so that investment from outside parties is needed, including entrepreneurs from abroad.

Daniyar admits that the IKN project is very interesting. Russia has companies in the fields of infrastructure, bridges, communication systems and rail systems. Russian companies are looking at what could be entry points. He said that Russian entrepreneurs needed an understanding of the incentives that the Indonesian government could provide, such as tax incentives, investment incentives and a number of other incentives. In addition, Daniyar also said that investment in ASEAN countries is very attractive for entrepreneurs in Russia.

On a different occasion, Usmar Ismail as a public policy observer at Prof Dr Moestopo University reminded the importance of accelerating the development of IKN in North Penajam Paser, East Kalimantan.

This was said by Usmar in response to a meeting between the Minister of Planning and National Development/Head of the National Planning and Development Agency (PPN/Bappenas) Suharso Monoarfa, Head of the IKN Authority Agency Bambang Susantono, Deputy Head of IKN Donny Rahajoe and State Administrative Law expert Yusril Ihza Mahendra related IKN development.

Ideally, Usman considered, the main reason for developing IKN is to regulate development balance and justice, as well as increase national geopolitical power from a global geopolitical perspective. The acceleration of IKN development must be understood in perspective as an effort to realize the main window of a great, strong and dignified nation and state.

Putin said that Moscow, the capital of Russia, had developed very well and was ready to participate in ambitious projects. Not only expressing his interest in IKN, Putin also expressed the readiness of the Russian state-owned company, Rosatom State Corporation, to join nuclear technology projects in the health and agriculture sectors in the country.

On the occasion, Jokowi also said that he appreciated Putin’s attitude that would ensure security for food and fertilizer supplies from Russia and Ukraine. Jokowi also said that Indonesia had no interest except to ensure that the problems of the food supply chain to energy were immediately resolved.

In addition, President Vladimir also offered Russia’s participation in the IKN rail transport project through the Russian Railways company. This was conveyed when he received President Jokowi’s visit to the Kremlin, Moscow.

The Ministry of Transportation is currently still waiting for the continuation of Putin’s offer to develop rail transportation at IKN.

Sidik Pramono as Spokesperson for the Communication Team for the IKN Transfer Plan said he was ready to hold more detailed discussions regarding the plan to enter Russia into the rail transportation development project in the archipelago.

Based on data from the Directorate General of Railways at the Ministry of Transportation, the construction of railway lines to support IKN will include facilities and infrastructure for airport trains, intercity trains and urban trains. The source of financing will come from the APBN or PPP (cooperation between the government and business entities).