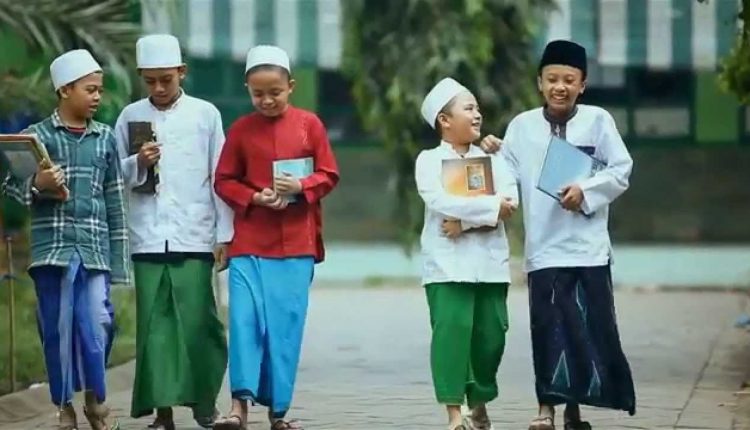 Prevent the Spread of Radical Understanding Among Santri

Radicalism is a dangerous virus that can target anyone, including students. Therefore, care and prevention are needed so that radical understanding does not spread among students who in the future have the responsibility to guide the people.

Pondok Pesantren is a place to study religion and its students carry out worship solemnly. They learn sharia laws, fiqh, and so on. The community trusts Islamic Boarding Schools as good educational institutions and produces quality graduates.

Various Islamic Boarding Schools are spread across Indonesia and teach knowledge with different schools of thought. People just have to choose which boarding school they want to register in, the traditional one, the modern one, and so on. But don’t make the wrong choice because it is feared to teach forbidden ideas or invitations, including hating the country or the government.

Mayor of Surabaya Eri Cahyadi stated that residents could reprimand if there were deviant Islamic Boarding School teachings or spread radicalism. If someone is found to be radical, don’t hesitate to report it to the sub-district, sub-district, Danramil, or Polsek.

The teaching of each Islamic Boarding School is its own policy and the community believes in its methods. However, if there are deviations such as radicalism, it cannot be left alone. Radicalism is forbidden in Indonesia so it must be eradicated. Reporting is a natural thing because it shows the concern of the residents, not infringing on the privacy of the place.

It could be that in 1 Pondok Pesantren the teaching is straight but there are students who turn out to be radical. This must be prevented so that he does not pass it on to other students. Radicalism is like a contagious disease, so it must be trimmed down, so as not to cause students to think about extreme jihad, bombings, attacks, and so on.

To prevent radicalism among students, they need to be monitored. The clerics and kiai monitor whether their students are straight or do they like to talk about ISIS or other radical organizations? Surveillance is also carried out on social media and seen if there are extreme and pro-radical statuses. Even though in the Pondok area they are not allowed to bring cellphones but they can update the status when on vacation at home.

If someone is found to be radical, the santri can be approached and invited to have a heart-to-heart discussion. He was taught that what he believed was not true, because religious teachings should bring peace and love, not violence as in the teachings of radicalism. The approach was carried out intensively and his brain was detoxified from radicalism.

The role of Islamic boarding schools in the community is very important. In addition to being a place to study for students, it is also a place for recitation which is attended by worshipers from various regions. Therefore, Islamic boarding schools are expected to help eradicate radicalism because the congregation is not only from internal circles, but also externally.

Radical understanding among santri needs to be prevented so that they become prospective ustad who are not only intelligent and broad-minded, but also tolerant and anti-radicalism. With the prevention of the spread of radicalism among the santri, it is hoped that many moderate religious leaders will emerge who can continue to strengthen the unity and brotherhood of the nation.