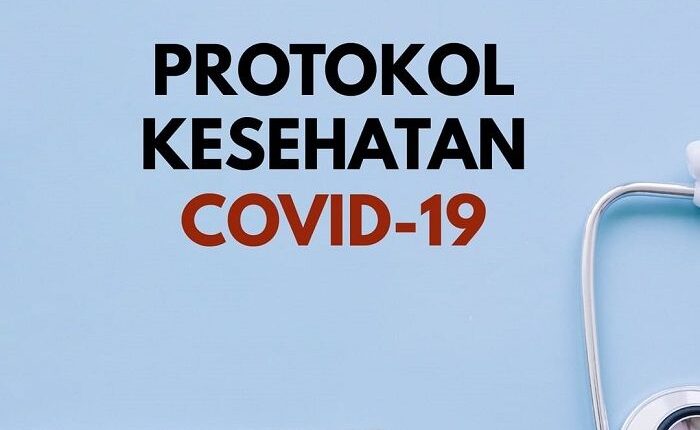 The transmission of Covid-19 is still high and the enthusiasm of the community to comply with health protocols tends to decline. In fact, the reduction in the number of Covid-19 transmission needs to be carried out immediately so that economic recovery can be realized immediately. The government is expected to be able to impose strict sanctions on violators of health protocols.

In an effort to prevent the transmission of Covid-19, health protocols while outside the home are still required to be obeyed. Such as the obligation to use masks. Member of the DPRD Commission V of Lampung Province Lesty Putri Utami said that strict sanctions for violators of health protocols must be enforced in order to establish discipline in the community.

Lesty said that implementing strict sanctions would make people more disciplined in implementing health protocols. Especially during the adaptation period for new habits, it does not mean that we are in a normal situation like before the pandemic, so if persuasive measures are not heeded, then administrative steps need to be taken, one of which is by imposing strict sanctions.

Administrative sanctions can be in the form of fines with a certain nominal value to deter those who violate these rules.

On different occasions, a number of districts / cities in South Kalimantan have started to implement strict sanctions against people who violate health protocols. Positive cases of Covid-19 in South Kalimantan did not tend to decline until last July, the number reached 6,192 cases.

As many as seven districts / cities that are included in the red zone have issued regent or mayor regulations regarding the application of sanctions for violations of health protocols.

Some time ago, the Municipal Government of Banjarbaru has imposed fines for residents who do not comply with health protocols, either not wearing masks, not maintaining distance or creating crowds.

The spread of Covid-19 in Banjarbaru City was quite high, with 591 cases recorded. There are even office clusters appearing.

A similar regulation was issued by the Mayor of Banjarmasih and the Regent of Banjar, but its application is still under review. Meanwhile, Regent of Hulu Sungai Selatan, Achmad Fikry, said that he would impose social sanctions on residents who violate health protocols.

The application of these sanctions is an effort by the provincial government in South Kalimantan to overcome the Covid-19 epidemic which is still ongoing. These sanctions are given to those who violate health protocols in the form of administrative sanctions and written warnings, measurable physical guidance, social work in the form of cleaning public facilities and a minimum fine of Rp. 100 – 250 thousand.

On different occasions, West Java Governor Ridwan Kamil has approved a Governor Regulation related to sanctions for violating health protocols that include violations at the individual, activity or place level.

The governor, who is familiarly called Kang Emil, also said that the regulation on violating the health protocol had been implemented since Monday, July 27, 2020.

Later, this rule will not only take action against people who do not wear masks, but also activities that violate other health protocol rules.

Meanwhile, for sanctions at the individual level, there are 2 sanctions options, namely administrative sanctions and social sanctions.

Joint officers who carry out supervision under the leadership of Satpol PP will give a warning to people who do not use masks and give them a mask that has been prepared.

Although this regulation tends to be strict, the West Java provincial government has also distributed 6 million masks to residents. Funds for the procurement of these masks come from the APBD.

Various disciplinary efforts have also been made, ranging from education to distribution of masks to the people of West Java.

However, the former mayor of Bandung explained, based on a survey, 50 percent of West Java people already wear masks.

Firm sanctions are applied not without reason, this step is taken immediately so that people can comply with health protocols as an effort to protect themselves and protect others against possible exposure to the Corona virus.

The Adaptation Phase for New Habits Can Restore the Economy

Pilkada in a Pandemic Era Must Be Democratic