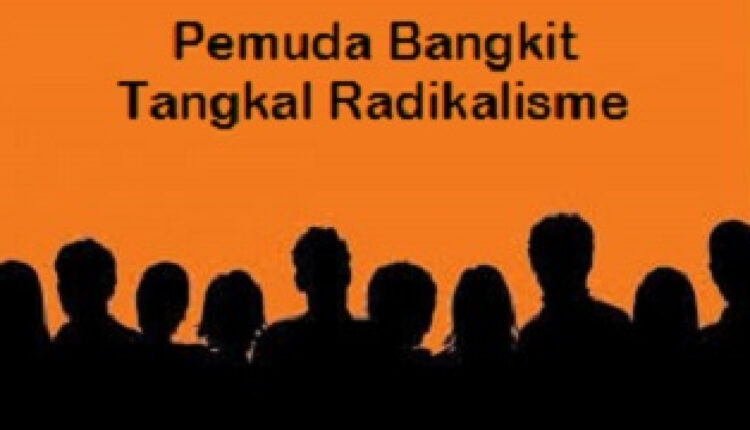 The youth must play a role in eradicating radicalism. Youth can warn the public in various ways, so that they are aware of the dangers of radicalism.

Youth is the hope of the nation because it is on their shoulders that they are responsible for building the country, and they are also candidates for state leaders. Being young means it is obligatory to spend time with something positive. For example, by studying, either in college or in the library, or busy organizing and learning to socialize. Don’t get caught up in bad influences like radicalism.

Garut Regent Rudy Gunawan stated that youth should take part in eradicating radicalism which is currently booming. In a sense, as young people they should have sympathy and empathy for cases of radicalism and participate in solving them. Don’t even be ignorant and feel it’s something that is less important.

To overcome radicalism, the youth can have several strategies. First, to raise awareness among young people about the dangers of radicalism, they can make short films about radicalism and its tactics. Film media was chosen because young people tend to enjoy it, in contrast to seminars which are a bit boring for them.

The young people have creativity and high enthusiasm. Films about anti-radicalism can tell about interviews with victims of radical and terrorist groups, or about those who have left the terrorist network. That way, more and more people will understand the dangers of radicalism, not only young people but also adults.

Meanwhile, the second way to eradicate radicalism is that youth can use their creativity again by creating content on social media that warns about the dangers of radicalism. Social media was chosen because radical groups had entered it, so they had to be expelled, not only in the real world but also in cyberspace. With the hope that no young people will be affected.

Content on social media can contain what is bad about radicalism, the true meaning of jihad and caliphate and why it is not suitable to be applied in Indonesia, crimes committed by radical groups and terrorists, etc. It is hoped that more and more people will see anti-radical content so that they are aware of the dangers.

The third way is to eradicate radicalism on campuses. Do not let radical groups enter the university through student activity units. College officials also have to be careful and don’t just agree to the formation of a new activity unit, because it could just be a cover for a radical group. They certainly don’t want their campus to be labeled as radical, right?

Students are also required to look around and not be ignored. If there are friends who are indicated to have joined a radical group, when seen from their chatter about the caliph and condemning the government, then they must be reminded. Don’t let him become a propagator of radicalism in universities.

Various efforts can be made by youth to prevent the spread of radicalism. They are obliged to eradicate this understanding so that it does not spread in the community, because if it is already widespread it will be very dangerous. Many end up going on the wrong path and we certainly don’t want our close friends who become victims of radicalism and end their lives by becoming bridal bombs, right?

Therefore, the eradication of radicalism must be carried out by the youth. The reason is because they have high enthusiasm and creativity, so they can use it to prevent the spread of radicalism. Young people can care about their surroundings and report any activity that is suspected of being radical.