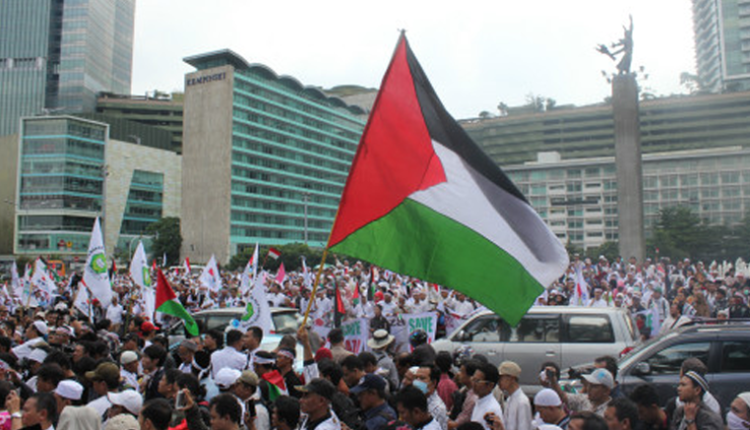 The workers will demonstrate on May 18, 2021. They protest the Israeli atrocities that brutally attack Palestine. However, demonstrations during a pandemic are certainly prohibited, because they violate health protocols. Just cancel this demonstration, because it is prone to creating a new Covid-19 cluster.

The attack of Israeli soldiers into the Palestinian border area made its people suffer and claimed the lives of up to nearly 200 people. The Indonesian people immediately flared up and condemned Israel severely, for having the heart to kill civilians, most of whom were women and children. Moreover, this attack was aimed at the Masjidi Aqsa complex, thus violating human rights.

The workers who are members of the KSPI plan a demonstration to protest Israeli atrocities on May 18, 2021 . They claim to deploy at least 25,000 workers from all parts of Indonesia. KSPI President Said Iqbal explained that the demonstrations would be held at government offices, the DPRD building, the United Nations Office and the US Embassy in Java, Sumatra and Kalimantan.

Unfortunately their intention to demonstrate was immediately intercepted by the authorities. The reason is not that the government is not pro-Palestinian, but protests during the pandemic are strictly prohibited. Even though Iqbal has claimed that all workers will adhere to health protocols, we cannot just believe it.

First, demonstrations were held not only in Jakarta, but also in other cities and islands. so it will be very difficult to control whether a demonstration is in accordance with the health protocol. There is no guarantee whether all the demonstrators are wearing masks correctly, let alone the atmosphere of the demonstration was hot and many automatically took off their masks.

Second, all demonstrators were not selected first, meaning that they did not undergo a rapid or swab test first. What if someone is a person without symptoms? OTG will easily spread it through droplets , when it is giving speeches, because people will tend to remove masks so that their voices sound louder.

In addition, droplets containing the covid-19 virus can also fly when an OTG sneezes, or during a lunch session together. The droplet can also move when drinking from the same bottle. Because when it is hot automatically many are thirsty and solitary demonstrators will share mineral water, but in fact it is dangerous because it causes corona transmission.

The demonstration also clearly caused the crowd and demonstrators to violate 2 points of the 5M health protocol at once, namely avoiding crowds and maintaining their distance. This was because the demonstrators were always walking closely together, so many of them took to the streets, and it would be very difficult to maintain a minimum distance of 1 meter.

Meanwhile, demonstrators also violated avoiding crowds because they were the ones who made the crowd. Imagine how selfish the protesters were, because road users who were forced to pass in the middle of the demonstration could potentially catch the corona. In addition, food and beverage sellers who deliberately want to take advantage of protesters can also get the covid-19 virus.

At this rate, when will the pandemic end? Because the demonstrators are generally people who like to protest and when they are sick they actually victimize and blame the government. Even though when they got the corona it was because of their own mistakes and carelessness, which indulged their lust to protest.

Never mind the demonstrations against Israel because it is still a pandemic, so you have to guard yourself and not make a crowd. Not making demonstrations does not mean not defending Palestine, because if you want to have sympathy for them there are still many ways. For example, by donating to trusted charities.

Demonstrations to support Palestine should not be carried out during a pandemic, because if the protesters are reckless, it will further spread the corona. Do not let 1 area that is already a green or orange zone turn into a red zone, because there is a demonstration cluster. We want the pandemic to end quickly, therefore we must adhere to health protocols and exercise restraint.

The KPK Supervisory Board Has Worked Optimally