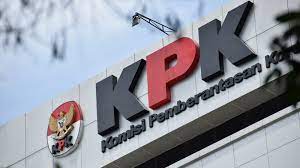 The KPK Supervisory Board Has Worked Optimally

The KPK supervisory board is part of the KPK that oversees its activities. The purpose of the formation of this council is not to limit the KPK’s frustration, but for supervision. Because an institution does need a supervisor, so that its activities can run smoothly.

Indriyanto Seno Adji has just been appointed as a member of the KPK Supervisory Board. He replaced Artidjo Alkostar, who died in February 2021. His inauguration took place at the State Palace, and he read the oath of office and promised to carry out the mandate well. After that, he signed the Integrity Pact.

When he swore into office, he was willing to obey, implement, and seriously strengthen the legislation and code of ethics for KPK employees. Also willing to avoid conflicts of interest in carrying out their duties.

The figure of Indriyanto Seno Adji is not new to the KPK, because previously he had been the acting (plt) Chairman of the KPK. At that time, replacing the position of Abraham Samad who was hit by the case. So that he already understands what the performance of KPK employees is and is quite familiar with the work environment.

When a member of the KPK Supervisory Board has just been appointed, the public wonders, why should there be De Was in an institution as big as the KPK? Actually they don’t need to be afraid that the Supervisory Board will always supervise and even stop investigations into corruption cases. Because Dewas could not be bribed by those who would commit corruption, collusion or nepotism.

The objective of the Supervisory Board is of course to supervise the KPK so that it does not get out of line in eradicating corruption in Indonesia. This does not mean that they will limit the movement of the KPK and show that the government is actually afraid of the KPK. However, supervisors are certainly needed to warn if something goes wrong and then deviates from their duties.

President Jokowi’s government remains steadfast in eradicating corruption in Indonesia and will not provide opportunities for individuals to carry out KKN. The ngawas council is not entrusted by the government so that their position is safe from being incriminated by the KPK, but rather has the task of supervising the KPK so that it has always been good performance.

Former Minister of Law and Human Rights Yasonna Laoly stated that the KPK Supervisory Board is part of the KPK. In that sense, Dewas is not an external party who would obstruct the KPK’s steps, but like a family in the institution. When he becomes part of the KPK, it will be easier for Dewas to supervise and carry out his duties from the nearer.

The supervisory board is an internal part of the KPK because this institution has been transformed and enlarged, and has more than 1,000 employees. When Dewas was there, each employee would feel watched and afraid if he was tempted to seduce his pleasure and stab the KPK from the inside. Because they would be reluctant and would not dare to be angry with Dewas.

In addition, members of Dewas would not betray the KPK, even if they were invited to cooperate by the elements. Because they have committed to comply with Law number 19 of 20 19 concerning the KPK. If he violates, then he is also willing to be sanctioned. Both moral, administrative, and criminal sanctions are in accordance with the provisions of the applicable laws.

Why should there be punishment? The reason is because the KPK Supervisory Board is not a god . He is still an Indonesian citizen who must obey the prevailing laws of the country. Being a KPK Supervisory Board does not mean that they are immune to the law, because even high officials if they are guilty will get the sentence. So that it will enforce justice in Indonesia.

Hopefully the existence of the KPK Supervisory Board is seen as something positive, because it will improve the performance of the institution. Dewas was made not to destroy the KPK from within, but to hone the KPK so that its performance is even more brilliant .

#The KPK Supervisory Board Has Worked Optimally
8
Share FacebookTwitterGoogle+WhatsAppEmailTelegramLINEBlackBerryPrint