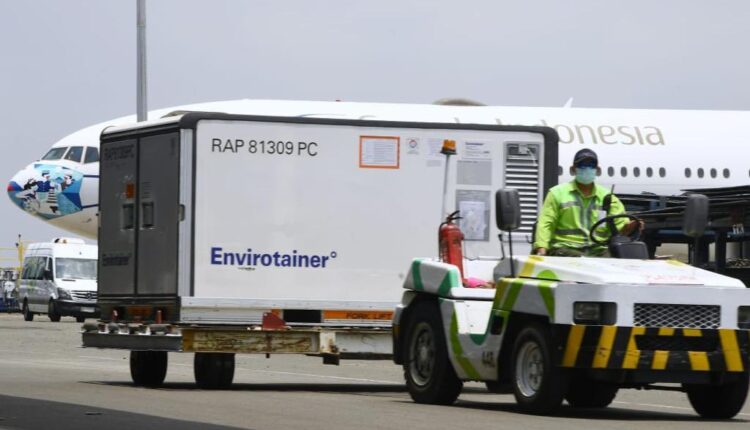 Acceleration of vaccine distribution in the regions is the key to successful formation of herd immunity. With this acceleration, it is hoped that the economic recovery can take place soon.

Andre Surianta, a researcher at the Center for Indonesian Policy Studies (CIPS) said that communal immunity or herd immunity would be difficult to achieve if the speed of distribution and administration of vaccines in each region differed too much.
Responding to this, the Spokesperson for the Covid-19 Vaccination of the Ministry of Health (Kemenkes), Siti Nadia Tarmizi, said that until now the distribution of vaccines from the center to the regions was always monitored. The reason is that the Ministry of Health encourages local governments (Pemda) both provincial and district/city to accelerate the distribution process. In addition, the Ministry of Health also asked the local government to monitor injections per day.

Of course, we encourage provincial and district/city governments to accelerate distribution, including monitoring the injection of doses per day, so that no district/city has more than 30 days of vaccine stock. Budi Gunadi Sadikin as the Minister of Health also said, regarding the stock of the Covid-19 vaccine, currently there are two issues that occur in each region. The reason is, there are districts/cities that feel there is a shortage of vaccines and really lack them.

Budi said, for areas that feel a shortage of this vaccine, generally after receiving the vaccine, for example 1,000 doses, they inject only 500,000 doses. While the remaining 500,000 were held for the second dose of stock injection.

On the occasion of an online press conference, he said, at the direction of President Jokowi, his party wanted to emphasize once again that the regions do not need to hold stocks because later the second injection will be arranged from the center from the Ministry of Health. So just use everything injected according to the rules.

Furthermore, Budi also said, for areas where vaccine stocks are completely empty, this happens because the vaccine distribution scheme from the central government is sent to the provinces. Then, it takes 1 or 2 days from the province to be sent to the Regency/City. However, some may take up to a week.

Budi also hopes that the data can be used by the entire community to find out what vaccine stocks are in their respective regions. In addition, the Ministry of Health also uses the data as an anticipation of the next stock delivery plan. Furthermore, Budi appealed to the regions not to worry about vaccine stocks, because in August and September 2021, Indonesia will have quite a lot of vaccine stocks. This August there were 67.6 million doses, meanwhile, for September there will be 80.7 million doses of the vaccine.

Now we can feel relieved, where at the beginning of August 2021, the referral hospital full of patients has become vacant, the need for oxygen is also sufficient. The frequency of the shrill siren from the referral ambulance is also not as frequent as before which we often hear from morning, noon, afternoon and even midnight. This shows that the positive cases of COVID-19 have decreased significantly.

However, to achieve herd immunity, there is one important factor that needs to be considered, namely vaccination, especially the covid-19 vaccine will be given free of charge, so that people who are included in the vaccine recipient criteria, should follow the vaccine in order to have immunity against the corona virus.