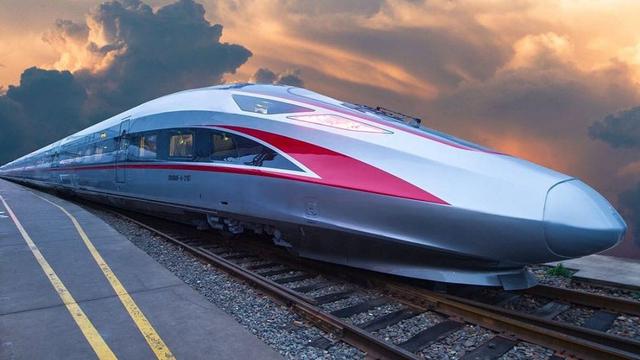 The Jakarta-Bandung high-speed rail project is being boosted and will soon be completed due to funding from the government. The public should appreciate it because the fast train will facilitate mobility and facilitate the movement of many people.

Bandung as the capital city of West Java is an area that is often visited by Jakarta residents, because they make it a tourist spot on the weekends. The distance between the two areas is not too far and can be reached by car. However, there are also those who like to take the train because the tickets are quite affordable.

But when you take the train, of course it takes a fair amount of time. For the conventional Jakarta-Bandung train, it can take 3 hours 35 minutes. We all know that time is money. So that the Jakarta-Bandung high-speed rail project was held. The prediction is that by taking the fast train, the travel time will only be around 35 to 45 minutes.

The government injects funds that are not kidding, up to 4.3 trillion rupiah. This was stated by Kartika Wirdjoatmojo, deputy minister of SOEs. Kartika also added that such a large budget was taken from the state budget.

The injection of funds for the Jakarta-Bandung high-speed rail project is a natural thing, because it is a facility for the people. The government often provides additional funds for infrastructure projects. The goal is for development in Indonesia to develop rapidly.

So, don’t be sarcastic because that much money is taken from the state budget which is the result of taxes. The reason is because the money is returned again in the form of facilities for Indonesian citizens.

Meanwhile, Director of Research Core Piter Abdullah stated that the surge in funds from the government on the high-speed rail project will have a positive impact, because the project is guaranteed not to stall. He believes that this project can improve the economy, especially in DKI Jakarta and West Java.

The community clearly supports the Jakarta-Bandung high-speed rail project because it facilitates mobility and indeed supports the economic sector. If there is a train, the majority of business people can commute to these 2 areas using this vehicle, without fear of getting stuck on the road. Indeed, the road to Bandung or vice versa when returning to the capital city is prone to traffic jams due to the density of motorized vehicles, especially on weekends.

When the trip is smooth using the Jakarta-Bandung high-speed train, business will run smoothly too. The reason is, entrepreneurs often have the principle of time is money. When you can get to Parahyangan quickly, why should you slow down? They can directly wholesale goods (especially textiles, which are cheaply priced) or directly meet with clients, then return to the capital the next day.

Infrastructure in the transportation sector needs to be improved immediately to boost the economic sector. The community already wants to improve their financial condition and rise even though it is still a pandemic, because the purchasing power of citizens has started to rise. One of their efforts is to trade, and when there is a fast train, it makes their mobility easier, especially for those who don’t have a private vehicle.

In addition, the existence of the Jakarta-Bandung high-speed train also has a major impact on the economy of Parahyangan residents, especially in the tourism and culinary sectors. The people of the capital city can have a weekend vacation in Bandung and enjoy tourist attractions, then eat. So that business owners will smile broadly when they see the place is starting to be visited by visitors again. Of course you have to follow the process.

The Jakarta-Bandung high-speed rail project has received a very large injection of funds and is expected to be completed soon. The reason is because if there is a train, it will shorten the travel time and benefit the community, especially those who often go to Bandung. The people of Kota Kembang also benefit because the presence of the train can increase visits to their place of business.