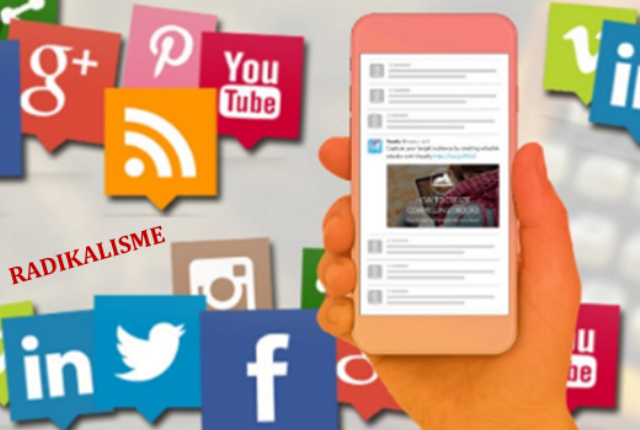 Be Wary of the Spread of Radicalism

If terrorist acts are felt to decrease then it does not mean that radicalism does not spread to various circles and the environment, including even to academics. The public was also asked to remain aware of the spread of radical understanding because it threatened the nation’s ideology and increased horizontal conflict between communities.

The increase in the spread of radical understanding is caused by various factors. One of them is caused by free and free social media communication. The speed of data access offered makes radical groups increasingly easy and quick to blow out ideas that are contrary to the Pancasila.

Moreover, the function of Social Media seems to have changed a lot. Where initially only about preaching and exist with people who are known. At present the existence of Social Media is often used as a hidden media. Because, there are so many potential users and it is still unstable to be infiltrated by various distorted perceptions.

Especially in the younger generation who are mostly active users of social media. Their souls are still absorbed in surfing the internet. Religious knowledge that tends to be radical can be learned until finally they are trapped in groups that are prohibited by the state.

According to the Deputy Director of the International Conference of Islamic Scholars (ICIS) KH Khariri Makmund Lc, these radical groups initially studied religion through the internet independently through Google.

The recipient of a Master’s degree from Ulum Islamiyah University Wal Arabiyah Damascus also said, that religious moderation is needed to make room for other people of different religions or who understand us differently.

He also encouraged the government to continue to make extra efforts to prevent the spread of radical understanding in the era of increasingly advanced technology.

We also do not dismiss if the values ​​of nationalism begin to erode along with the rapid development of technology. Because, many of the younger generation are exposed to radical understanding.

The influence of radicalism which is a new understanding made by certain parties about something, such as religion, social and politics, seems to be increasingly complicated because it mingles with actions that tend to involve violence.

Arijani also explained his research on this 12-18 year millennial generation also revealed that one of the reasons why they were exposed to radical understanding was the impact of the use of technology.

In addition to technology, the results of the study also showed the role of parents and the environment was quite significant in influencing the younger generation to be radical. In addition, the absence of a positive influence from the family environment also causes young people to be exposed to radical understanding.

On the other hand, limited political access can also be the cause. For example when young people feel disappointed with politicians or executive officials, then they will look for friends who are one frequency with the disappointment. Now this door of disappointment is infiltrated by radical groups to infiltrate teachings that oppose Pancasila. As if the ideology of the khilafah can make the nation’s problems resolved.

Moreover, we already know that radicalism is an understanding created by a group of people who want drastic social or political change or renewal using violent methods.

In addition, radicals tend to have a narrow, hard understanding and always want to correct the understanding of others who are in conflict with their ideology. This is what causes harmony in social life to be damaged.

The spread of radical understanding is clearly seen, both directly and online through internet access. We all have a role to fortify ourselves and those around us from radical ideas that have proven to be incompatible with the values ​​of Pancasila.

)* The writer is a citizen living in Bogor

Fight Covid-19 with the Application of Pancasila Values