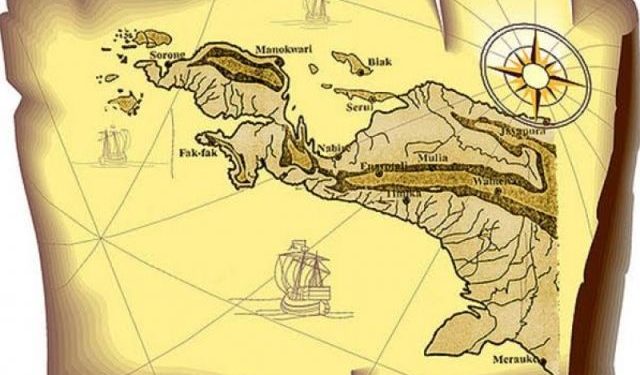 Be Wise in Responding to the Expansion of the Papua Region

Basically, the expansion of the Papua region is carried out to increase the distribution of development in various fields in Papua. Various traditional leaders, religious leaders, community leaders, intellectual leaders, and women’s leaders in Papua including Papuans are asked to think critically and wisely in responding to the government’s plan regarding the expansion of the Papua Region or the Establishment of a Regional Autonomous Region (DOB) in Papua.

The division of the Papua region is important so that government control in the regions becomes easier, where previously 29 districts and cities in Papua were only controlled by one governor. Therefore, the expansion is expected to minimize lagging regencies and cities and there is equality in terms of community welfare. The Central Government in coordination with the Papua Provincial Government has begun to seek regional expansion.

The plan to form a province in the eastern tip of Indonesia is regulated in a Draft Law (RUU) which has been approved by the Legislation Body (Baleg) of the DPR RI in a plenary meeting on the Establishment of the Provinces of Central Papua, Central Highlands Papua, and South Papua. The three provinces are divisions of the current Papua Province. Meanwhile, for the expansion of West Papua Province, namely the formation of Southwest Papua Province.

The division mechanism has been legally stipulated in Article 76 of Law Number 2 of 2021 concerning Special Autonomy (Otsus) which can be carried out bottom-up and top-down, this can be shown in paragraph (1) the division of provinces and districts/cities can carried out with the approval of the MRP and the DPR after seriously paying attention to socio-cultural unity, readiness of human resources, economic capacity and future developments.

The chairman of Commission II of the DPR RI, Syamsurizal, emphasized that the budget for the formation of a New Autonomous Region (DOB) in Papua would not be a problem. Because, in Article 76 paragraph (3) of Law Number 2 of 2021 concerning Special Autonomy for the Papua Province, it is emphasized that the division of Papua does not require rigid preparations, as regulated in the Regional Government Law for other provinces.

The chairman of the Central Mountains Muslim Communication Forum, Ustad Ismail Asso, asked the Papuan people to look at the DOB from a positive aspect, including the participation of religious leaders in the region to address the pros and cons in the community wisely, especially in describing the objectives of the new autonomous regions, namely in order to maintain, protect and improve the security and welfare of the Papuan people equally and fairly.

The chairman of the Papuan Youth Alliance in Jayapura City, Ali Kabiay, chose to continue to inflame the spirit of the expansion of the Papua Province which is believed to bring about changes for the better in Cenderawasih Earth. Ali further said that the Papuan Youth Alliance was formed on the basis of concern for the original voice of the people in the Land of Papua who chose to fully support the expansion.

KH Syaiful Islam Al Payage, Chair of the Papuan Indonesian Ulema Council (MUI), asked all parties, including religious leaders to think critically and wisely in responding to the government’s plan for the expansion of the Regional Autonomous Region (DOB) in Papua. The community must think clearly to assess the greater benefits of the new autonomous regions, because the expansion is considered to be able to accelerate the development and welfare of the Papuan people, especially to prepare themselves optimally through education and mentality so that in the future they can compete.

The expansion of the Papua region is not only the struggle of the government, but the desires and needs of the majority of the people who crave prosperity. The government as a state administrator also has the same desire, namely to strive for the best for the country, especially the Papuan people. The expansion has been regulated by the state, so the people should accept it and use it as well as possible for the benefit of the people in Papua.

Another impact of the expansion of the Papua region is that there will be an even distribution of economic development, governance, education and health, both in terms of infrastructure and human resources (HR) in Papua. So that Papua can compete and catch up with other regions in Indonesia.