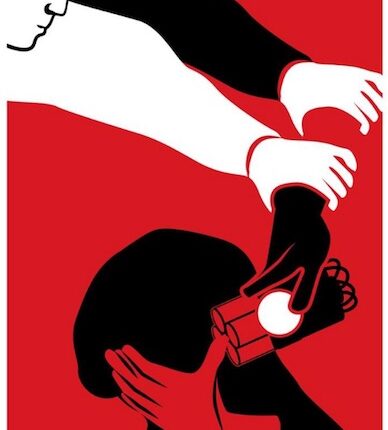 Beware of Radicalism Virus When the Pandemic Covid

Radicalism is a virus that can undermine national and state life. Concrete steps are needed to stem the spread of radicalism that continues to grow, including during the Covid-19 pandemic.
Radical understanding seems to have become like a virus that can spread to various things, ranging from education such as campuses and schools, to propaganda on social media. This radical understanding is based on 2 factors, internal and external.

Internally, the religious radicalism movement in Indonesia can be traced back since the early era of Indonesian independence. Four years after Indonesia was neutralized, the Darul Islam / Indonesian Islamic Army (DI / TII) rebellion and the Indonesian Islamic State (NII) broke out in West Java, Aceh and Makassar. The rebellion movement was united by the same mission, namely establishing an Islamic state based on sharia law.

The movement was crushed and a number of its leaders were killed in the 1960s. Even though they have been disbanded, the religious radicalism that they are fighting for still leaves roots that are very likely to grow until now. This is evidenced by the existence of people who clash religion with Pancasila.

While from the external side, radicalism in Indonesia is rooted in the issue of sectarianism and the development of ideology of Islamism in the Middle East Region. This is evident in the phenomenon of radical Islamic movements in the Reformation era. This is different from the radical movements of the 1950s, the religious radicalism that emerged after the reforms seemed to have received support from transnational Islamic organizations such as Jemaah Islamiyah (JI), Hizb ut-Tahrir Indonesia (HTI) and others. They are fond of importing the issue of sectarianism in a number of Islamic countries in the Middle East to spread the idea of ​​their khilafah in Indonesia.

The strategy to spread the understanding of the Khilafah in Indonesia is by pitting Muslims and weakening people’s trust in the country by spreading negative propaganda. One of them is to consider the symbol of the Pancasila as a tag and respect to the red and white flag is Bid’ah.

During the co-19 pandemic, the Indonesian people were not completely separated from the threat of this dangerous understanding, this was evidenced by the capture of terrorist networks in a number of areas during the pandemic.

The chronology of the attack occurred when members of the police guarded the integrated police service center (SPKT) of South Daha Sector Police carrying out a Night Guard picket.

The Police have also taken a number of steps in responding to this incident, namely by conducting the crime scene, securing evidence, evacuating OTK perpetrators of the attack to Hasan Basyri Regional Hospital, and coordinating with the Special Detachment (Densus) 88 anti-terror.

The results of the deepening carried out, the police found documents related to ISIS, such as ISIS shawls and id cards as well as a handwritten will and a small Qur’an kept in a waist bag.

This radical group apparently made a silent movement by utilizing the moment when the government and the public were busy struggling to free themselves from the covid-19 trap.

Radicalists seem to capitalize on the issue of handling the co-19 pandemic to attack the government and undermine public confidence in the country.

Nevertheless, the Indonesian people still have an ideology that is able to save Indonesia, namely Pancasila. This ideology can certainly be presented in the midst of society through patterns of guidance, paradigms and behavior.

In the first principle, that is, the principle of divinity, of course it must be practiced into the practice of godliness and moderate diversity that is tolerant and friendly to multiculturality and multirelijusity.

While in the second precept, humanity, can be translated into social relations of religion that animates peaceful coexistence, aka cooperation based on peace.

Both of these precepts alone should have been able to ward off all forms of radicalism. So that the values ​​of Pancasila can be likened to a vaccine that can frustrate someone from exposure to radicalism.

Radical understanding is clearly the negative impact and destruction that is seen in the earth of Indonesia. Determination of the ideology of Pancasila is one of the powerful vaction in protecting themselves from the threat of radicalism.