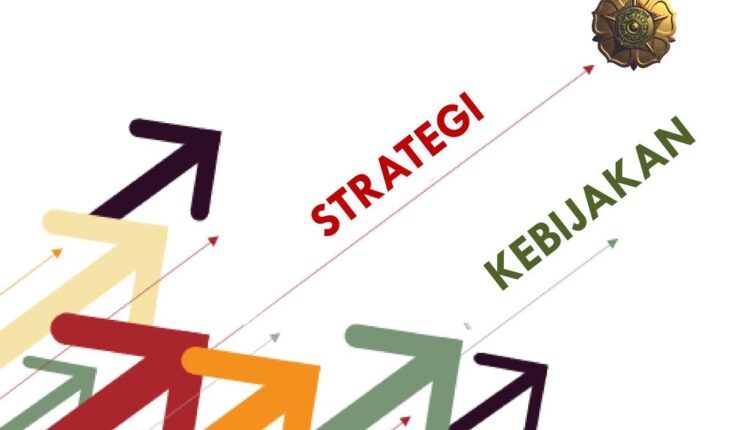 The acceleration of information exchange often creates confusion in the community regarding developing information, including development programs that will be implemented. Citizens and millennials as active users of social media are also invited to socialize and support these government policies in order to achieve development goals.

Government policy or what is commonly referred to as public policy can be defined as a series of concepts and principles that form the basis of plans for implementing work, leadership, and how to act.
This policy is expected to affect everyone in a country or state or policy in general.

The government’s goal in formulating policies is none other than the achievement of public welfare through regulations made by the government.

In addition, this government policy is needed in order to obtain public values, both related to public goods and public services. These values ​​are certainly needed by the public to improve the quality of life, both physical and non-physical.

Government policy is made through systematic stages so that all the main variables of all the problems to be solved are covered.

One of the government policies that have been implemented is the policy related to BBM 1 price, in which the policy aims to realize energy justice in all regions of Indonesia.

This policy was motivated by the high price of fuel in several regions, especially in Eastern Indonesia. To support this policy, the Ministry of Energy and Mineral Resources has stipulated Ministerial Regulation (Permen) ESDM Number 36 of 2016 concerning the acceleration of the enactment of One Price

PPE which is intended for cover all or gowns made in Indonesia with 100% raw materials from Indonesia that meet international standards AATCC42 and ISO and ASDM.

In addition to PPE production, the government is also promoting the production of cloth masks with a filtration equivalent to surgical masks. This is intended as an answer to the scarcity of masks at the start of the Covid-19 pandemic in Indonesia.

This policy is also integrated with one of the health protocols, namely wearing a mask when outside the home.

Do not stop there, government policy in fighting the Corona Virus pandemic is also taking place in the development of domestically produced vaccines, namely the red and white vaccine. Until now, the development of the vaccine is still in the clinical trial stage.

To make this policy successful, of course the role of the community, especially netizens and millennials, is needed to echo it to a wider audience.

Millennial Generation is a term that is quite familiar to our ears. The term comes from the word Millennials which was coined by two American historians and writers, Willuam Strauss and Nell Howe in several of his books.

The demographic bonus that goes hand in hand with improving the quality of Indonesia’s human resources will certainly provide progress for the Indonesian nation in realizing the Golden Indonesia 2045. Today’s youth will be at the forefront of realizing Gold Indonesia 2045,

In the midst of the digitalization of the existing industry, the millennial group is considered to be the most capable of adapting to all existing developments.

Currently more than half of millennial generation live in cities. They have broad access to the environment in education, health, information technology and the internet.

In addition, the role of netizens is also vital because the internet can work miracles. Moreover, warganet chatter has a big influence on various state policies.

The success or failure of government policies is of course inseparable from the role of netizens who are tasked with reporting or creating certain content that aims to inform the various policies that have been formulated by the government.

One thing that might be done for millennials and netizens, of course, is to campaign for 3M (washing hands, keeping distance and wearing masks).

Of course, this campaign can be carried out in a number of ways, from writing educational posters or videos that show compliance with 3M principles.

The distribution of this video is also fairly easy, because today’s technology makes it possible for anyone to forward the content they have received.

Netizens and Millennials have a lot of power to disseminate information to audiences. Of course, the group has the insight and ability to collaborate well.

(The author is a citizen living in Depok)