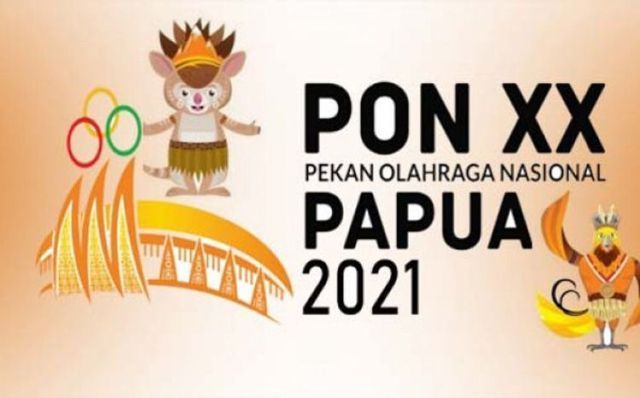 A national sports week (PON) will be held in Papua in a few months. This event is highly supported by the community, because it is a good moment to unite all the people. In addition, PON can also promote the beauty of Papua and also the friendliness of its citizens.

Papua has recently been in the news, but unfortunately what has made the headlines is news about separatist organizations and other negative things. Whereas in Papua there are a mountain of other positives, so that people do not have to be afraid to visit Cendrawasih Earth. One of them is PON XX which will be held in October 2021.

PON XX is a sporting event that was planned to be held last year but was postponed for a year due to pandemic reasons. When PON will start on October 2, 2021, it is hoped that the preparations will be really well done. The community is proud of the implementation of PON because this is the first time a national caliber event has been held in Papua.

The people of Cendrawasih Earth are very supportive of holding the XX PON, because this event is a place to unite the nation. Since the last few years, we have split into two camps after the presidential election. Unfortunately, after the election, both sides were still doing twitwar. So it is hoped that PON will unite the two sides and there will be no more cold war between them.

Why go through a sports competition event? Because Indonesian people have always been crazy about football and like to watch sports events such as athletic competitions and others. So they will talk about the excitement of the match at XX PON, instead of arguing because of political issues.

In addition, people in Papua support PON XX because this event shows security in Cendrawasih Earth. Local and foreign tourists can come and travel to Papua, because it is very safe and there are no more attacks from separatist groups. The implementation of PON is guaranteed safe because it has full support from the TNI and Polri.

A woman leader in Papua, Marta Itlay, hopes that the whole community will support the success of PON XX. They must be enthusiastic in welcoming it, because PON will support development. In that sense, PON has a positive impact on the lives of the Papuan people, because there are road repairs, construction of a sports hall and a racing arena, as well as other infrastructure.

Marta continued, it is hoped that the public will not be influenced by the negative news about PON XX. In that sense, there are bad people who spread the issue that PON is a meaningless event because it is just a random competition. In fact, the implementation of this event is for the sake of togetherness of athletes and Indonesian unity.

Do not listen to negative issues about PON XX, because it will only spoil the organization. The community is expected to believe in the cohesiveness of the committee and they will support PON XX, for the sake of Papua’s face in the eyes of all people. Because the audience is not only Indonesian citizens, but also netizens from all over the world.

PON will have a positive impact because the audience will learn to remain sporty and emulate the athletes who are competing. They can learn the psychology of fighting in the field or other sports arenas, have to do fair play and not be sulky when they lose a match.

Therefore, the community is expected to continue to support the implementation of PON XX. For example, by uploading a photo in front of the Lukas Enembe Stadium or his favorite athlete who will compete in this national level sporting event. So that more and more people will know when the PON schedule is and they can watch it together.

Support from the community to continue to support XX PON is highly expected, because this event cannot be carried out smoothly without the attention of Papuan civilians. PON will have a positive impact and development in Papua will continue. Hopefully we can still be sports like the athletes who competed there.

) * The author is a contributor to Papuan students living in Yogyakarta