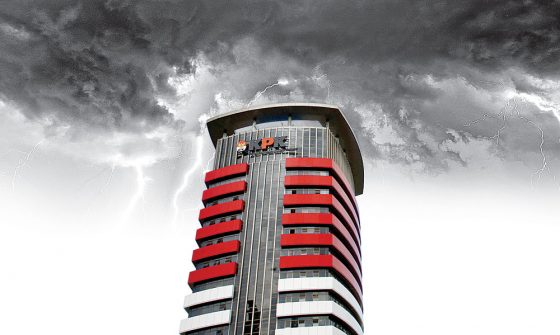 The state civil apparatus is an employee who works for the state. Therefore, all workers at the KPK have their status transferred to become civil servants, aka state civil servants. This amendment is based on Government Regulation number 41 of 2020 concerning the transfer of KPK employees to ASN employees.

The community considers this status transition as appropriate. First, the KPK is an official institution under the state, not a private institution. So it is natural for workers to become ASN. Because they do work and serve the country.

This status transfer process is not automatic, because they have to pass a test. The material is in the form of an assessment test that tests national insight. This test was deemed appropriate, because every civil servant must have national insight and be loyal to the state, and show a high sense of nationalism.

KPK Head Firli Bahuri stated that 1,362 KPK employees had passed the examination to become ASN and would be inaugurated in mid-2021. All KPK employees, both permanent and non-permanent, were required to take this exam. According to him, the national assessment was deemed necessary because it was an absolute requirement to become ASN.

In that sense, national assessment is indeed a determining test of whether a person is eligible to become a civil servant. This exam is not only specifically for KPK employees, but also for all CPNS test participants. So no one can accuse the country of origin of selective cutting in selecting ASN in an institution like the KPK.

Why should there be an assessment of national insight? This is the most important test to demonstrate the integrity of each employee to be loyal to Pancasila, the 1945 Constitution, and the government. Do not let any workers at the KPK who do not have Pancasila and secretly sympathize with communism, Marxism, the caliphate and become affiliated with banned mass organizations.

National assessment is very necessary because every KPK employee must be loyal to the state. Do not let a KPK employee turn out to be secretly blaming the government on social media, become a left-wing political buzzer, and even become a member of terrorists. It’s really terrible. Because if this happened, it would be tantamount to keeping the enemy in a blanket.

Of all KPK employees who took the exam, unfortunately there were 75 people who did not pass. However, there is no official explanation why they did not qualify, whether from a lack of national insight or something else. Their fate has not yet been determined, but the country will certainly act wisely by making the best decisions.

One of the KPK employees who did not pass the national insight test was Novel Baswedan. Perhaps the public was immediately shocked because he was a senior investigator. But what if he doesn’t pass the most important test? Because the KPK is the center of honesty and it cannot accuse that there is fraud, and must accept the decision sincerely.

The national insight test is not a trick to thwart Novel Baswedan’s progress, because this assessment is intended so that all employees of institutions under the government love the Republic of Indonesia and are perpendicular to Pancasila. There is no intention of bringing it out subtly. Because the current government is very fair, anti-corruption, and has strong principles.

When there is an assessment of national insight at the KPK, all employees, both permanent and contractual, are required to follow it. Those who pass will be appointed as state civil servants and there will be adjustments to their position, position and salary. This national insight test is needed so that all KPK employees are loyal to the state, Pancasila, and the 1945 Constitution.