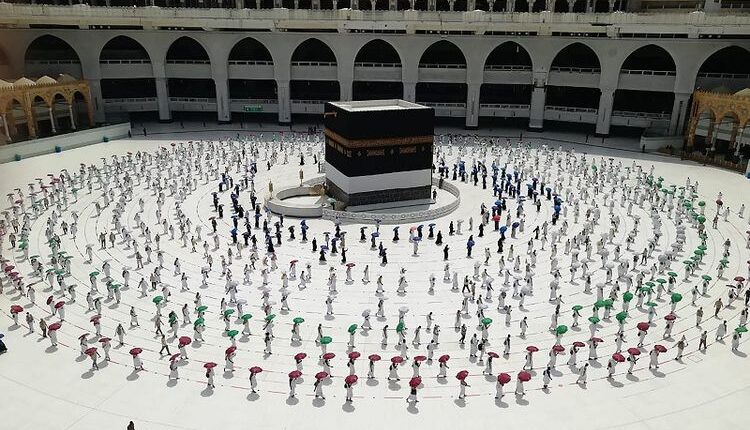 Don’t fall for the provocation of the Hajj cancellation issue

The topic of religion has always been a trigger for heated discussion, not infrequently this topic will produce a dialectic in cyberspace that tends to go too far when giving opinions. A number of WhatsApp groups and various social media applications are now busy discussing the government’s decision to cancel the pilgrimage this year. The public is also advised not to be easily provoked by this issue.

A lot of distorted information then spreads in cyberspace quickly like the spread of the corona virus. Some parties feel relieved while thinking positively that there might be a beautiful plan behind this incident.

However, netizens are entities that are no less resourceful and no less supply of cynical ammunition. There are people who think that Buzzer’s humble attitude is shown, without thinking that the status of the pandemic in Indonesia is not over yet.

Indeed, the reason for the cancellation of the pilgrimage is because Indonesia is still in a pandemic status. We also need to know that Islam teaches protecting the soul is an obligation that must be prioritized. The decision is also in line with Law No. 8 of 2021 concerning the Implementation of Hajj and Umrah, which mandates the government to carry out protective duties.

Therefore, the health, safety and security of the congregation are of course the main thing.

The Indonesian Minister of Religion Yaqut Cholil said that Hajj is an activity that involves many people which has the potential to cause crowds and an increase in new cases of COVID-19.

Another reason is that Indonesia has decided not to depart for the hajj pilgrimage in 2021 due to insufficient time. Time concerns administrative technical preparations and technical matters of worship.

On Thursday 3/6/2021, the Government through the ministry of religion has officially announced the cancellation of the departure of pilgrims for the year 1432 H/2021. The decision has been regulated in the Decree of the Minister of Religion No. 660 of 2021 which was set on June 3, 2021 and announced by the Minister of Religion, Gus Yaqut Cholil Qaumas, at a press conference with the chairman of commission 8 of the Indonesian House of Representatives and representatives of Islamic organizations and related officials.

Among the reasons for this cancellation is the threat to the health, safety and security of the pilgrims due to the Covid-19 pandemic that has hit almost all countries in the world, including Indonesia and Saudi Arabia. Another consideration is that the Kingdom of Saudi Arabia has not yet invited the Indonesian government to discuss and sign a memorandum of understanding related to the preparation for the 2021 Hajj pilgrimage.

Of course, the decision gave birth to pros and cons, not a few of them frying counterproductive narratives with provocative tones. But we have to look at the benefits comprehensively, that the government’s decision to cancel the pilgrimage is indeed the most moderate path and can be supported by several arguments without being interfered with by personal ego.

First, Hajj is a worship that must meet all the requirements of istitha’ah, namely physical ability, economy, security, transportation and health. In the condition of the Covid-19 pandemic which is still very dire as it is today, health isthitha’ah is certainly an aspect that has not been fulfilled perfectly.

On the other hand, Saudi Arabia has also released 11 countries that are allowed to enter their country, of which Indonesia is not included in it, even though these permits are not directly related to Hajj and Umrah, but this suspension will automatically disrupt flight paths from Indonesia. to Saudi Arabia.

If Indonesia does not cancel the pilgrimage then the istitha’ah of transportation is also not fulfilled. So that the obligation of hajj is legally shar’i has been void.

In addition, we need to know, if the pilgrims depart during a pandemic, then the implementation of their worship will be very minimal. Many sunnah practices and even the obligatory hajj which can usually be performed in normal times, most likely during this pandemic cannot be done, such as kissing the black stone, praying behind Ibrahim’s maqam to shaving hair in the shafa.

Delaying the implementation of the Hajj for the sake of benefit is certainly not an injustice, because the emergency status of the Covid-19 pandemic is not over yet.

So that rational thought and patience are needed for prospective pilgrims who have set aside some of their opinions to be able to perform Hajj in the holy land. Instead of looking for who is at fault, it would be better if we continued to pray and be patient so that the pandemic would end soon.

Vaccination is Safe and Effective to Prevent Covid-19