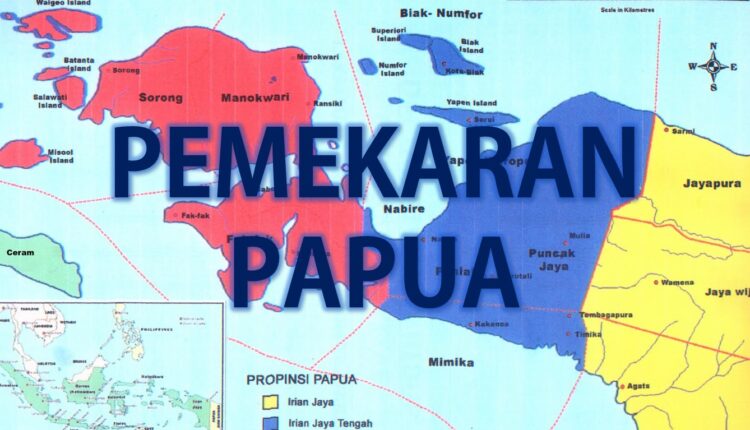 Expansion of the Papua Region is the Right Step

Papua will be divided into 6 provi s i. This division is carried out for the people of Cendrawasih Earth, because if the province is added, service to the people is also maximized. People in Papua also support the addition of provinces, because it is very beneficial for them.

In the New Order era, there was only 1 province in Papua, which was formerly known as Irian Jaya. However, in 2007, there were West Papua and Papua Provinces. This division was carried out because the Papua region was very large (420,500 KM2) so that if there was only 1 province it would be difficult to regulate its people, so that services would be less than optimal.

After there are 2 provinces, the plan is to increase the number of provinces in Papua. Mente ri Tito Karnavian of the Interior stated that the division of Papua is so serious discourse. The plan is for the new provinces to be Southwest Papua, Central Mountains, South Papua, and Tabi Sarieri.

The division of the region is still being discussed, because this is not only the authority of the central government, but there must be an opinion from the Papuan people represented by the MRP and DPP. The existence of the MRP and DPRP is indeed taken into account in the expansion of the province, because under special autonomy, they are given the authority to regulate Papua.

Tito continued, regional expansion depends on financial readiness in Papua. In that sense, to add provinces, automatically a new government office, as well as civil servants, are needed to organize administration and all the affairs there. So that the problem of funding must be taken into account.

Although the division of the region in Papua is still in the discussion stage, it is certain to have the blessing of President Jokowi. First, regional expansion has a positive impact on the Papuan people, because they facilitate administrative matters. When there were a lot of provincial government offices, of course the local government offices were getting closer, so there was no need to be tired when arranging important documents because of the long journey.

When they want to take care of the administration orderly, of course the local government will benefit. Because population data will be obtained easily. So that when there is a census, distribution of social assistance funds, BLT, etc., it will be easy to see data based on realities in the community.

Second, the expansion of the region is very beneficial for the Papuan people because if there are additional provinces, there will automatically be additional APBD funds. This money can be used to maximize development in Papua, so that the people will be more advanced. So that there is no economic and social gap between western and eastern Indonesia.

Money from APBD funds can be used to build various facilities in Papua, for example a clinic, puskesmas, a school building complete with a representative library, etc. So that the community will benefit, because they get health and education facilities that are closer and more complete.

Meanwhile, the third, regional expansion will be beneficial because if there are additional provinces, automatically the number of governors will increase. According to special autonomy, the governor and the deputy governor must be native Papuans. So that they can build their own territory more optimally, because they understand the people from a sociological and cultural perspective.

Regional expansion in Papua will soon be realized because it is very beneficial for all levels of society. Don’t anyone think that the addition of this province is a project that only benefits the government. Because in reality, this expansion is actually beneficial for the people, and the central and regional governments have not followed any rupiahs .

The community is waiting for the realization of regional expansion in Papua, because this program is very beneficial for them. If there are additional provinces, the administration will be made easier. In addition, the APBD funds will increase, so that it will be made to develop Papua to remote areas.

) * The author is a citizen living in Gorontalo