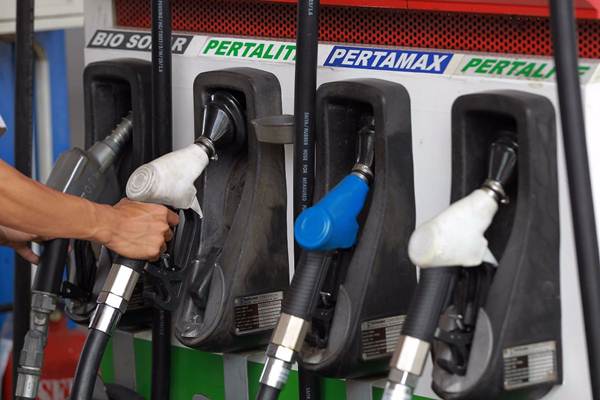 Fuel Price Adjustment to Save the Nation

The government officially announced the adjustment of the price of fuel oil (BBM) on Saturday (3/9). This adjustment is absolutely necessary because it is very effective in saving this country because the state budget can be further suppressed and the distribution of social assistance to the underprivileged can continue.

At present, the Government must really be able to formulate and prepare the best possible strategy so that economic problems in Indonesia can be resolved. The reason is that lately Indonesia itself has been struggling to recover and accelerate economic growth after two years of being hit by the Covid-19 pandemic, coupled with the fact that geopolitical conditions are currently unfavorable due to the conflict between Russia and Ukraine and news of inflation and recession in the United States.

Therefore, one of the best solutions that can be sought is to regulate the use of the state budget as best as possible, because so far the allocation of the state budget has continued to swell with the costs of handling and controlling the Covid-19 pandemic and how subsidies for fuel oil (BBM) have been disbursed by the government. state to society.

In this regard, the Executive Director of Energy Watch, Mamit Setiawan, revealed several facts that since 2008 Indonesia has only become a pure importer of oil. This is due to an imbalance between the amount of production and the amount of public consumption.

How not, because the amount of fuel consumption needed by the community alone reaches 1.6 million barrels, while the production that the state can afford is only 600 thousand barrels per day. Therefore, the Government continues to import oil to meet the public’s consumption, but on the other hand, the costs incurred are also very large because of the long process starting from exploration, exploitation to mining.

Moreover, according to Mamit, the consumption of subsidized fuel that has been borne by the Government is in fact 80 percent of which is actually enjoyed by people who are classified as capable, so it can be said that the subsidies at the expense of the APBN are not well targeted. Therefore, the man who also served as Secretary General of the IAPT stated that the Government should change its subsidy pattern from the previously goods-based to people-based so that the recipients of the subsidies were truly targeted and targeted the poor.

According to him, one of the best options that the government can do is to limit subsidies. The reason is that if this is not done immediately, it will make price adjustments less effective and the availability quota will continue to fall again. Therefore, fiscal space for the APBN can be created if there is an adjustment in prices and restrictions on subsidies.

Meanwhile, Former Spokesperson for the Ministry of Trade, Fithra Faisal Hastiadi stated that the Indonesian people’s consumption of BBM is very large, even the speed of demand continues to soar so that it has the potential to continue to swell fuel subsidies and suck up the State Budget of more than Rp 500 trillion. According to him, this fact is exacerbated by the condition of the people who until now still do not understand that the Government is experiencing APBN problems.

The worst condition that could happen if the adjustment of subsidized fuel prices and subsidy restrictions is not immediately carried out by the Government, then the projection of the APBN will become a deficit in 2023 and the deficit could even be below 3 percent so that of course it will be very unhealthy for the survival of the country.

The economist from the University of Indonesia is actually aware that this problem is not because the Government does not have enough money, but for him it is only a matter of how to organize and allocate these funds as effectively and efficiently as possible, especially regarding subsidies that must be borne by the State Budget which should be properly targeted.

Fithra Faisal added that if the subsidized fuel price adjustment could be done quickly, the impact would be even better for Indonesia itself, because if the government continues to delay the fuel price increase, there will be long-term effects. Even so, if the fuel price has to be adjusted, the government must also prepare social cushions for the community.

Regarding the social cushion funds that will be given to the community when there is an increase in fuel prices, the Minister of Finance, Sri Mulyani said that her party has prepared around Rp. 24 trillion. For him, the social cushion fund is also very important to be able to secure vulnerable groups in Indonesia, especially those who are prone to falling into poverty if sudden turmoil occurs.

The data shows that in Indonesia alone there are around 20 to 30 million people who are classified as the group most prone to falling into poverty if there is such turbulence. So Fithra Faisal again stated that the scheme of providing social support would be much more able to suppress or save the APBN budget so that the funds could be allocated for other much more productive things.

With all these descriptions, it has been proven that if the Government immediately adjusts the price of subsidized fuel, it will be very capable of saving this country from various threats, including shocks to economic stability that could lead to a recession.