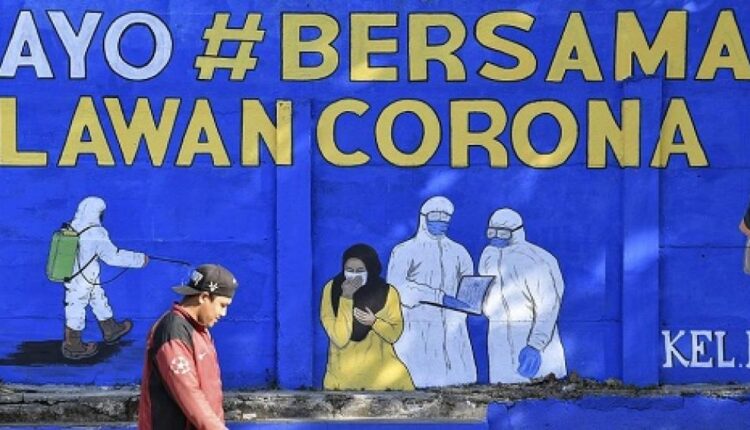 In recent weeks there has been a decrease in the percentage of Corona patients in 10 provinces, such as East Java and South Kalimantan. From the initial 71.6% to 67%. The mortality percentage is also reduced. This decline is good news. This means that the handling of Corona patients and prevention of transmission has taken place properly.

We have been through a pandemic period for more than 6 months. People are getting used to living by complying with health protocols and following government recommendations. Some places closed to outsiders have begun to open, albeit with various conditions. The PSBB, which was initially very strict, has begun to be loosened up somewhat, although the public is still on alert.

The number of recovered patients has also risen. From the data provided by the Covid-19-19 task force team, 4,510 people were free from Corona, on 29 September. The total number of patients who recovered was 214,974 people. Meanwhile in 10 provinces, there was a decrease in the percentage of patients. Initially 71.6% to only 67%. The mortality rate also decreased to only 3% and on average they had congenital diseases.

Data on the reduction in the percentage of Corona patients was taken from the Provinces of Banten, Bali, Papua, North Sumatra, South Sulawesi, South Kalimantan, East Java, Central Java, West Java, and DKI Jakarta. The decrease in the number of patients is a sign that the handling of Corona in these 10 provinces and other areas has been carried out very well. So there is hope that the pandemic will end.

Doctor Wiku, a spokesman for the Covid-19 task force team, stated that the 10 provinces were priorities and the reduction in the number of patients was good news. If the task force team improves recovery in these provinces, it will affect the national patient recovery rate.

Wiku continued, the provinces with the most cases of decline were North Sumatra, East Java and Aceh. In that sense, we should be relieved that the number of patients in East Java has decreased. Because previously the province was a red zone. Even Surabaya used to be a black zone area, because there were so many Corona patients.

The patient’s recovery in the area occurred because of good handling. Handling carried out by the government and the task force team is to eliminate the cost of Covid-19 patients, via BPJS. The government does not want people to be burdened with expensive hospitalization and medicines. Swab tests that are repeated to ensure the patient’s recovery are also free of charge.

In addition, the government also provides assistance in the form of ventilators and other medical devices. Not only around Jabodetabek but also to many other hospitals throughout Indonesia. If the equipment is complete, then the patient can get maximum care and do not have to seek referral to another hospital, or have to be rushed to another city.

The medical personnel also received intensive from the government, as an appreciation for their hard work in handling Corona patients. Starting from doctors, midwives, to nurses, they get a certain amount of money beyond their salary. They are also prioritized for receiving the Covid-19 vaccine for the first time. So that they can be more immune and less susceptible to contracting Corona.

The handling of Corona patients by the government and the task force team will not happen if there is no cooperation from various elements of society. Starting from village officials to the people, all are compact and orderly to wear masks when they are outside the house. they also obeyed the rules of keeping their distance and not having crowd events, for a while.

In various regions in Indonesia, the number of Corona patients is decreasing. This is positive news and we must appreciate the government’s efforts to deal with the Covid-19 virus. The public also shouldn’t be complacent when they see data on Corona patients who have recovered. Stick to health protocols, maintain hygiene and immunity, so you don’t get infected.

Workers Do Not Need Mass Strike, Labor Unions Agree on the Omnibus Law