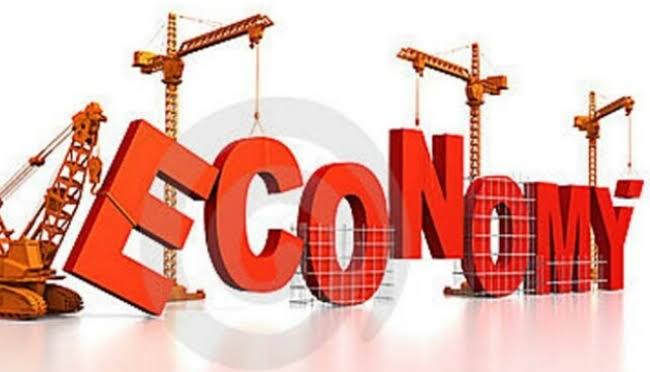 When the Indonesian economy was lying down, the government passed the Job Creation Law and its derivative regulations. It is hoped that this law can attract investment so that the country’s financial condition improves, because there is an investment cluster and the ease of doing business. However, economic improvement can be realized if it is supported by handling the pandemic and bureaucratic reform.

The government is trying hard to accelerate the Indonesian economy, so as not to be trapped in a recession or economic crisis . Even though the world is hit by a global crisis, we must not just give up. Indonesia can rise and improve its financial condition, with various strategies.

One of the government’s strategies to accelerate the economy and get out of the threat of crisis is to enact the Job Creation Law and its derivative regulations. In the Act, there is a cluster of ease of doing business and an investment cluster. So that it will attract foreign investors, and they will agree to build a new factory in Indonesia.

The point is that factories will become labor-intensive industries, thereby reducing unemployment, because they need a lot of employees. People who were initially gloomy because they lost their jobs during the pandemic, are smiling again because they get work again. If there is a salary, then you can buy groceries and other necessities, so that the circulation of money goes faster.

Unfortunately, this situation requires several conditions for this to happen. Shinta Kamdani, deputy chairman of KADIN in the field of international trade, stated that the Job Creation Law can indeed support economic acceleration. However, it depends on the implementation, thus providing practical convenience for potential foreign investors.

In addition, the Job Creation Law and its derivative regulations must be implemented consistently in the field. In that sense, do not let this law be strong only on paper but not implemented in the community. Because the government made this law for the people, so it must be implemented properly, so that people’s lives can also improve.

Shinta continued, the investment that came in because of the Job Creation Law could be 2 times that of the previous one, but it also needed further promotion. In that sense, the government must also play an active role in advertising that Indonesia is a safe and easy country to invest in.

So far, this task has been carried out by the Indonesian Minister of Maritime Affairs and Investment Luhut B Panjaitan. Luhut has been active abroad to approach several heads of state, to persuade them to invest in Indonesia. Later, businessman Elon Musk (Tesla owner) is rumored to be opening a factory in our country, and hopefully it will happen.

Unfortunately, Shinta added that the Job Creation Law could not work alone to restore the Indonesian economy. However, there must be other things, namely the handling of the pandemic and the elimination of travel restrictions. So, when the pandemic can be controlled, Indonesia’s condition is considered safe, so that foreign investors want to enter and are not afraid of contracting the corona.

Apart from that, the improvement of the bureaucracy must also be implemented 100%. In the Job Creation Law, there is a cluster of ease of doing business and an MSME cluster. These clusters make it easier for entrepreneurs to obtain permits. If this rule is implemented, foreign investors will also be happy because they get legali bags easily, and it only takes 7 working days.

Indeed, cooperation from the central government to local governments is needed, so that the Job Creation Law and its derivative regulations are actually implemented in the field. So that the people will benefit and give thanks for being noticed by the government. Because thanks to this law, they have the convenience of doing business or a new job.

The Job Creation Law as a global sweep law is expected to be a trigger for economic progress in Indonesia. However, other factors must also be considered , such as bureaucratic reform and handling of pandemics. If everything is done well, then this law will only feel its usefulness, and the state’s financial condition will quickly improve.