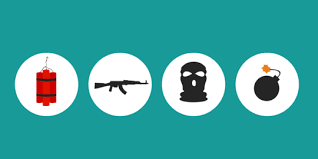 Poverty is a crucial thing faced by many countries including Indonesia. This problem has not only resulted in a decline in people’s purchasing power, but also an increase in crime rates. Even poverty can also be a cause of the growth of radicalism.

Dete said, the spread of radicalism and terrorism also often uses economic narratives. Like the narrative spread by Bahrun Naim, it was allegedly the mastermind behind the 2016 Jakarta attack.

Through his social media accounts, Dete spreads economic narratives. He spreads the narrative that in Syria there is absolutely no levies on vehicle parking fees.

Bahraum wrote that if there were no charges like that in Indonesia, Indonesia would be prosperous.

Dete also gave an example of political policy which is the basis of a person becoming a terrorist. This is what felt by the book bombers in 2011. He became a terrorist because his house was evicted during the New Order era.

Radical groups often promise guaranteed lives for anyone willing to join. However there are various conditions, one of which must support terrorist perpetrators who were arrested by the police.

Nevertheless Radicalism can arise not only because of material poverty. But radicalism can emerge from groups of people who are poor in humanity, poor in religious understanding and poor in cross-kulutral social experiences. This can have an impact on sem

Previously Effendy Choirie or commonly called Gus Choi considered that radicalism usually affects middle-class or poor people. The economic level turns out to be directly proportional to purchasing power amid a pandemic.

Radicalism is also an excess of distortion in the democratic system. When we want to reach a political decision, deliberations for consensus are often forgotten and voting is taken as a facility.

Social media such as telegram, Facebook and Twitter are used by radical groups or terrorists to spread their ideology. Usually they start by making a narration of unrest towards the government. It is this narrative of unrest that will later become an introduction in recruiting members.

Acting Head of the Ministry of Communication and Information Bureau Ferdinandus Setu said in total over the past 10 years it had blocked 11,800 sites and social media accounts containing radicalism and terrorism.

The internet especially social media offers relatively simple access and unlimited coverage. Besides that, anonymity to hide identity is also very possible to be done by radicals, which of course becomes an advantage for radical groups to protect their identity.

Groups like ISIS, for example, are more knowledgeable in information technology than other groups, at least almost all radical groups in the Middle East have social media accounts for propaganda.

The Ministry of Communication and Information has so far monitored 200 negative sites on the Internet. In 2015, as many as 22 sites that spread radicalism were blocked by the government. Even blocking does not require complicated procedures.

The emergence of movements such as the NII (Indonesian Islamic State) would certainly be a complicated problem if left to continue,

Thus, the ministry of communication and information conduct strict supervision to arrest the spread of radicalism through online.

Poverty and Social Media must indeed get attention. Both entered quietly but effectively penetrated the minds of the people to behave like radicals.

NEW NORMAL, DON’T WORRY AND DO IT