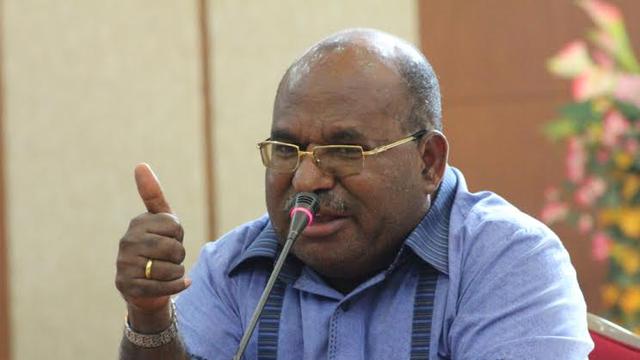 Surprisingly, the Governor of Papua, Lukas Enembe, went on an official trip in secret. As a high-ranking official, his behavior is really not worthy of being imitated, and exemplifies an act that has tarnished his own name. He needs to get sanctions, not just reprimands, so he doesn’t repeat his actions again.

The current Governor of Papua is Lukas Enembe. During his time as the number 1 person in Papua Province, he has made many achievements. Among them are giving scholarships to high-achieving students so that they can study abroad, getting an award for handling isolated areas from the Ministry of Home Affairs, an award for religious harmony from the Ministry of Religion, etc.

However, his good name was almost damaged by his own actions. Lukas Enembe is proven to have made an official trip to Papua New Guinea on March 31, 2021, without complete immigration documents, in the form of a passport, exit permit, and visa. He can pass because it is through a mouse route, aka a secret road that can be traversed without having to face immigration officers at the border of Indonesia and Papua New Guinea.

How can a high-ranking official go on an official trip without bringing immigration documents? It is true that from Papua to Papua New Guinea, it is very close because it only passes by land route. However, as a leader, he should set a good example by carrying passports, visas and other important documents when traveling abroad. Even if only to Papua New Guinea.

The suspicion grew when the public learned that Lukas Enembe went to Papua New Guinea via the rat road, based on information from personnel from the Skouw Border Post and the Indonesian Consulate in Vanimo. The route in question is a road usually traversed by traders of illegal goods, such as drugs, weapons, and consumer goods without customs and excise.

Why did the honorable Mr. Luke go through the mouse path instead? If he does make official visits to Papua New Guinea to strengthen friendship between the two countries, why not go through official channels? The public thinks he is engaging in illegal transactions or is being influenced by people in Papua New Guinea to do something bad.

This scandal is very embarrassing because he was proven to have violated Presidential Instruction Number 11 of 2005 concerning foreign service trips and Minister of Home Affairs Regulation number 29 concerning guidelines for official travel abroad for ASN, regional heads, and the Indonesian Parliament and DPRD. He also violated the Immigration Law No. 6 of 2011 for traveling abroad without complete immigration documents.

Sanctions await Lukas Enembe when he arrives in Indonesia, because at this time he is reported to be still in Papua New Guinea. He could face up to three years in prison for violating the immigration law. As a high-ranking official, he may also be subject to harsh reprimand, for having made an official trip without a permit and did not explain his needs.

The punishment was given as a deterrent effect, because he should not go around and leave his responsibilities in Papua. As a high-ranking official, he should think about the effects of his actions. If a governor dares to leave without permission and without official documents, he is afraid that the mayor and other officials will imitate him, because he feels in power.

Especially when it is still the Covid-19 pandemic. Traveling abroad is certainly very risky, because it can lead to transmission of corona. What if Lukas gets infected with the covid-19 virus and becomes OTG, then passes it on to family and coworkers in the governorate’s office? It would be very sad if he became a contributor to this dangerous disease.

The public deeply regretted why Governor Lukas Enembe traveled without an official immigration document. His actions to visit Papua New Guinea by way of a mouse route are not commendable. As a high-ranking official, he should be ashamed of having broken immigration laws.