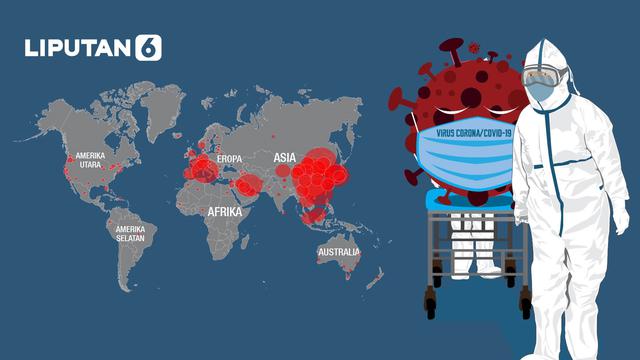 Many countries have opened doors for Indonesian citizens (WNI) as a result of the success of the Indonesian government in dealing with Covid-19. This shows that the Government’s Covid-19 control is not only recognized by the domestic public, but also the international community.

The pandemic has limited our mobility so that traveling is only a dream. However, there are some jobs that require to remain mobile to foreign countries, such as diplomats, journalists, etc. They have to be willing to go there even in the midst of a pandemic, for work from the office.

Since the beginning of the pandemic, there have been many countries that have imposed strict restrictions , such as North Korea and China. This restriction is done so that there is no transmission of the corona from foreign tourists. We understand it, because the pandemic is a time of concern.

However, this rule has been revised since September 2021. There are already many countries that have opened their doors wide for Indonesian citizens who want to enter there. These include the Philippines, Malaysia, Turkey, Saudi Arabia, and the United States. This easing occurs because the situation in these countries is safe and the majority are vaccinated, so they are no longer paranoid about contracting the corona from foreign tourists.

Easing, especially in Saudi Arabia, is very welcome. The reason is because Indonesian citizens can perform Umrah and Hajj, after previously being banned (because it is only for Arab natives).

First, when the corona vaccine was ready, the government moved quickly by ordering the Sinovac vaccine from China, followed by vaccines from other brands. The national vaccination program is mandatory for all Indonesian citizens and is free of charge. This is different from other countries such as Singapore, which has to pay for vaccinations, the cost of which can reach 600,000 rupiah per injection. This waiver proves the love of the Indonesian government to its people.

In addition, vaccination in Indonesia is fast, when compared to neighboring countries in Southeast Asia, thus showing the government’s seriousness in dealing with the corona. The sooner the vaccination, the more Indonesian citizens who have been vaccinated, and now more than 50% of the population has been injected. So that group immunity can be formed quickly.

Second, the Indonesian government has implemented PPKM (which continues to be extended) so that it can reduce Covid cases in Indonesia, from 50,000++ to ‘only’ 700++ patients per day. This achievement is also monitored by foreign parties, in the international news column in newspapers. So they know that Indonesia is relatively safe, which means Indonesian citizens traveling abroad are safe from corona.

Third, in Indonesia there are 10M health protocol rules and many are orderly to wear masks. The orderliness of its citizens is a plus because they can maintain a healthy life, as well as wash their hands frequently, change clothes, and avoid crowds. The goal is not to get corona.

The orderliness of Indonesian citizens and the seriousness of the government in dealing with the COVID-19 pandemic, has made many countries open their doors again for the people of Indonesia. They are relieved to be able to go abroad again to work or study.