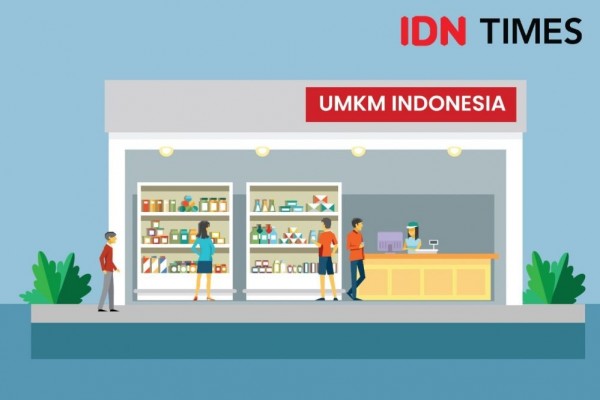 To accelerate national economic growth, the government grows Micro, Small and Medium Enterprises (MSMEs) optimally. This effort is one of the right strategies to accelerate the National Economic Recovery (PEN).

During the pandemic, almost all sectors were affected, including MSMEs. They almost gasped when they had to survive , because people’s purchasing power had decreased drastically. MSMEs have to rack their brains on how to increase sales while the world is being hit by a pandemic, and the economy is slowing down a bit.

The government is trying hard to help MSME entrepreneurs, because they are very instrumental in moving the wheels of the country’s economy. The reason is, 90% of business people in Indonesia are MSMEs, so don’t let them go bankrupt and affect the state’s financial condition.

To support MSME entrepreneurs, there are several steps taken by the government, and they have been going on since 2020. Among them are credit restructuring, and subsidies from the government are very useful because of the condition of MSMEs that are in a state of confusion. This assistance is for the acceleration of the national economic program.

The MSME Association asked President Jokowi to extend access to credit restructuring, the reason being that economic conditions were not yet normal. In a sense, financial conditions have not recovered 100%, even though there is no recession. However, people’s purchasing power is still rather low and has not risen again like it was before the pandemic took place.

The OJK has actually extended credit restructuring until 2023, and President Jokowi is still looking for a solution to meet the demand for MSMEs. In a sense, all layers are indeed affected by the effects of the pandemic, especially MSMEs. However, it is necessary to find a way out, so that there are subsidies without disturbing the financial health of the state.

Minister of Cooperatives and MSMEs Teten Masduki stated that the access to MSME financing was conveyed by President Jokowi. For example, they (MSMEs) who have credit and get restructuring, will then top up credit, then find it difficult. This will be solved, in the sense that MSMEs can get additional capital loans more easily.

The government is focused on helping MSMEs because they are the backbone of the country’s economy. If MSMEs are victorious, the state will also be victorious. Don’t let MSMEs be destroyed and many are forced to go out of business during the pandemic, then increase the unemployment rate in Indonesia. This will be very confusing because it has an impact on the psychological and sociological aspects of society.

MSMEs must be assisted in order to accelerate the national economic program. Indeed, at first glance MSMEs are at the lowest caste of the entrepreneur layer, but they cannot be underestimated. In fact, their large number becomes its own strength, so that if MSMEs are strong, the country’s economy will also be strong.

MSMEs have proven to be resilient in the face of difficult times. Reflecting on the 1998 economic crisis, even small and medium-sized entrepreneurs like them were able to survive in difficult times. Meanwhile, during the pandemic, they also need to survive again, for the sake of rising kitchen smoke, as well as helping to move the country’s economy.

When MSME entrepreneurs are assisted by the government, they can survive and not just close their business. When there is a credit restructuring, they benefit because the number of installments is reduced, even though the payment period is extended. They can focus on expanding their business and not be burdened by the amount of credit from the bank.

MSMEs must be assisted by the government in order to accelerate the national economic program, because if MSMEs are successful, the state’s finances will also be victorious. The economy in Indonesia is supported by MSME entrepreneurs because 90% of business people are small and medium level. MSME entrepreneurs are happy because they are always assisted by the government, especially during the leadership of President Jokowi.

)* The author is a citizen living in Bandung