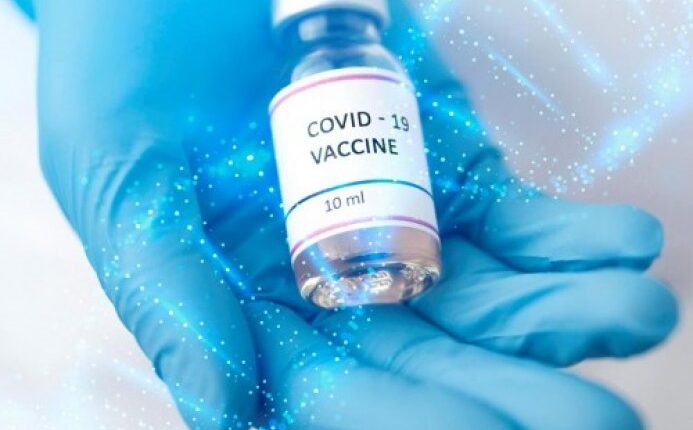 No People Died Due to Covid-19 Vaccine Injection

By: Dodik Prasetyo) *
The Covid-19 vaccine, which is currently being injected into the public, has gone through a series of rigorous trials, making it safe and lawful to use. The public is expected to be enthusiastic about participating in the vaccine because no one has died from the Covid-19 vaccine injection.
News of post-vaccine deaths is of course horrendous in the virtual world, of course we cannot immediately believe that vaccines can cause death. Honkong Assistant Health Director Frank Chan Ling-Fung said, of the 56 deaths reported, some 44 million doses of Sinovac were given worldwide at the end of February. A total of 20 were associated with coronary artery disease. He also confirmed that all deaths were found to be vaccine-related after the assessment.
Chairman of the Indonesia Technical Advisory Group on Immunization (ITAGI) Sri Rezeki Hadinegoro emphasized that there were no reports of people being treated in hospital and died as a result of getting the Covid-19 vaccine injection.
Sri said, the side effects of the Covid-19 vaccine are mild, such as pain, fever, swelling, headaches and can be cured with or without medication. In a virtual discussion, Sri said that the side effects of Sinovac and AstraZeneca were quite mild. No one was hospitalized, or died from vaccines. This is what needs attention. Sri also said, from the reports she received, the elderly group experienced fewer follow-up events after immunization (AEFI) than the adult age group.
He said that during his stay at Komnas KIPI, there were almost no (KIPI) because those who came to us, the elderly were all in good shape. Based on this, Sri hopes that family members or young people will not hesitate to help elderly groups in carrying out Covid-19 vaccinations. Because, he said, if the elderly group is exposed to Covid-19, the risk of death is higher. Previously, ITAGI had recommended that the ideal interval or distance of injection of the first and second doses of AstraZeneca vaccine is eight weeks.
However, Sri warned that caution was needed when administering the AstraZeneca Covid-19 vaccine for the elderly. Primarily, for the elderly who have comorbid comorbidities. In this group, giving AstraZeneca vaccine is also recommended to pay attention to screening according to frailty criteria. He also said that the World Health Organization (WHO) together with the Global Advisory Committee on Vaccine Safety (GACVs) and the EMA decided that the AstraZeneca Covid-19 vaccine had more benefits than side effects.
Meanwhile, in Korea, a Patient in his 50s with various underlying illnesses died at a hospital in Goyang, just outside the northwestern border of Seoul. He just received the vaccine injection on Tuesday morning 2/3/2021 / According to health officials, the patient started showing symptoms of heart failure and difficulty breathing in the afternoon, but recovered after receiving emergency treatment. However, symptoms recurred on Wednesday morning before the patient died.
Previously, the patient already had health problems including heart disease, diabetes and stroke. On a different occasion, a 58-year-old patient died in a long-term care hospital near Buan, less than a day after receiving the vaccine. Preexisting patient conditions include myocardial infarction and diabetes.
A provincial health official there said none of them had any adverse reactions to the vaccinations. At this point in time, it is unlikely that vaccination will result in death. He noted that the Korea Disease Control and Prevention Agency (KDCA) will meet with four infectious disease experts in the afternoon to determine the correlation between mortality and vaccines.
AstraZeneca also said that they were aware of this investigation, but the safety of the vaccine had been studied extensively in clinical trials with data confirming that it was generally well tolerated. Previously, there was horrendous news on Facebook that wrote news with the title 48 people died after being vaccinated against Corona, the Regime’s Evil Agenda Revealed. In fact, after being investigated, the results of an autopsy by the South Korean authorities stated that 48 people who died did not get the corona vaccine, but the flu vaccine. Korean authorities have also stated that there is no direct link between administering the flu vaccine and the deaths of the 26 victims that have been investigated. Therefore, we need to be observant in sorting out the news so that it doesn’t get carried away in a misleading narrative. It is very important not to immediately believe in provocative narratives that are only hoaxes for the sake of sensation.
) * The author is a contributor to the Indonesian Institute for Strategic Information Studies