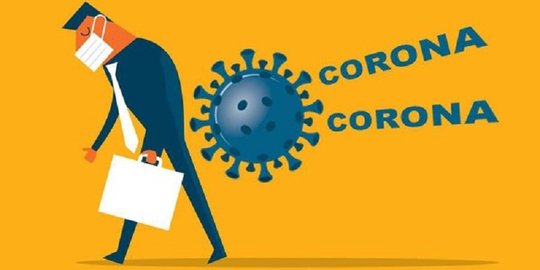 The government continues to develop plans to anticipate the wave of Termination of Employment ( PHK ) during Emergency PPKM. This step is a form of state presence in society as well as preventing the spread of poverty.

The Ministry of Manpower stated three benefits of the Job Loss Guarantee Program (JKP) for workers who experienced termination of employment (PHK). The benefits of the program are considered important as a social cushion.

Anwar Sanusi as Secretary General of the Ministry of Manpower said that the JKP program will be a social cushion for workers who have lost their jobs, and help them until they find new jobs or decide to become entrepreneurs.

Anwar stated that the three benefits were in the form of cash, access to job market information and participating in job training. In more detail, the cash will be given every month for a maximum of 6 months after workers who have been laid off are verified by BPJS Ketenagakerjaan and qualify as JKP beneficiaries.

The cash details are 45 percent of wages for the first 3 months, and 25 percent of wages for the next 3 months, and this is given a maximum of 6 months. Adapu n regarding the benefits of access to labor market information, he said, is given in the form of labor market information services and / or guidance office conducted by Labor or Officer Introduction Antarkerja online or manually.

However, to get the JKP benefits, the laid-off workers must first become participants in the JKP program. The requirements for JKP program participants are Indonesian citizens who have been included in the social security program according to the stages of participation in Presidential Regulation Number 109 of 2013, namely for large and medium scale businesses, to be included in the JKN, JKK, JHT, JP and JKM programs, at least participate in the JKK, JKM and JHT programs.

Then, for small and micro businesses, they should be included at least in the JKK, JHT and JKM programs. Another requirement is not to be 54 years old and including PKWT workers. The sources of financing from JKP, namely the central government contribution of 0.22 percent, the source of funding for the recomposition of contributions for the Work Accident Insurance program 0.14 percent and the death guarantee of 0.10 percent, the basic provisions for calculating wages are wages reported to BPJS with a wage limit of IDR 5 million.

Regarding the recipients of the regulated JPK program, namely workers who have experienced layoffs in accordance with the Job Creation Law (Article 154A of Law No. 11 of 2020), workers who wish to work again and workers who have a contribution period of at least 12 months in 24 months and pay contributions 6 consecutive months prior to layoffs.

This, of course, does not apply to reasons for layoffs due to resignation, permanent total disability, retirement and death. On different occasions, the Jokowi government is also considering steps to overcome the derivative effects of the pandemic, such as in the employment sector. The government is trying to minimize this impact as much as possible. One of them is to develop steps to avoid layoffs of employees.

Previously, Jokowi had also mentioned that 255 million people in the world lost their jobs due to the impact of the Covid-19 pandemic. He conveyed the data in his speech at the United Nations Economic and Social Council session.

Then, there are 110 million people in the world back into poverty. Plus hundreds of millions of people are at risk of starvation. In a difficult situation like this, Jokowi considers that the way of doing business as usual cannot be continued, what must be done is cooperation and solidarity which must be strengthened and innovation must be increased.

Coordinating Minister for the Economy Airlangga Hartarto also revealed that the dismissal of employees during the Emergency PPKM period was not appropriate. The government claims to have provided many facilities for the business world. Including convenience in terms of banking.

Hopefully the Emergency PPKM is really effective in suppressing the spread of the covid-19 virus so that the economic sector in Indonesia will return to normal.

)* The author is a citizen living in Medan

The implementation of PON XX Papua remains on schedule