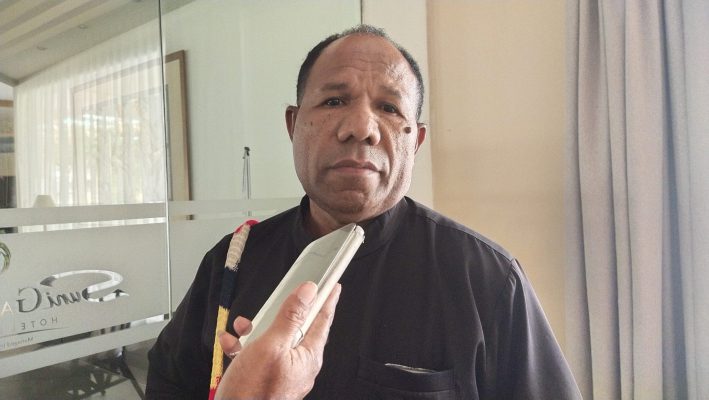 Papuan religious leader, Rev. Alberth Yoku, appealed to the KPK to use various methods to reveal the truth and justice regarding allegations of corruption and gratification that dragged the name of the Governor of Papua, Lukas Enembe.

According to him, the KPK needs to do this so that the situation in Papua remains conducive by looking at the facts on the ground that there are mass demonstrations and guarding the house of Lukas Enembe. In addition, the masses are also expected to be well educated.

“I think there are 1000 ways from the KPK that can be used so that friction with the masses is avoided and the people in Papua receive education and enlightenment. We must respect the legal process and keep it going, however, the methods and patterns used are minimally coordinated between legal counsel and the KPK as parts that are bound by the code of ethics for law and justice,” he said in a teleconference on the national TV station.

Rev. Albert also said that the legal process by the KPK against Lukas Enembe was not a “criminalization” and “politicization” as alleged by many parties. He also supports the KPK process to be fair.

“We continue to support that the process takes place fairly and correctly without any other frills such as criminalization and politicization. For this reason, the KPK must be neutral in order to obtain truth and justice in this process,” he continued.

Rev. Albert added that the KPK must also examine various parties regarding the use of the budget. So this is not just an individual case so that the land of Papua is free from corruption and has a better image.

“Therefore, our integrity as native Papuans is at stake for all the things that must be disclosed. So that truth must be a value and motivation for us to do many things better in this land of Papua by adhering to state financial standards and the truths that we must obey,” he said.

In line with this, the Coordinator of the Anti-Corruption Society (MAKI) Boyamin Saiman said that the legal process carried out by the KPK against Lukas Enembe was still in ethics and courtesy within the legal corridor. He also hopes for support from all parties for the process.

“I believe that the KPK already has measurable and firm methods, what kind of processes will it take, I’m sure it also needs the support of all parties, including Mr. Lukas Enembe”

Boyamin also expressed his hope that this case can be quickly resolved so that the Papuan people will be more advanced and prosperous. Therefore, he values ​​a good system that needs to be continuously built.

“I am with the Papuan people, to make use of it, and even though I am only in Jakarta, how is this getting better in Papua, welfare reaches the lower classes and the system that we must build together,” he concluded.