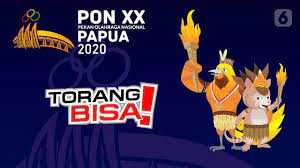 PON XX Papua has been started since October 2, 2021. Through this national level sports competition, we learn about unity and brotherhood because PON is attended by contingents and supporters from various regions in Indonesia.

Currently we are enjoying quality shows on television and the internet, because there are competitions in PON XX. The event, which was held in Papua, was a gathering place for athletes from 34 provinces in Indonesia, who competed for gold medals from various sports. Starting from football, volleyball, to e-sports.

PON XX is indeed the first time it has been held in Papua and the people of Earth of Cendrawasih are very enthusiastic. First, President Jokowi himself opened this event on October 2, 2021. Second, through PON they can promote various things in Papua. Starting from tourism, souvenirs, to the potential of the native youth of the Earth of Cendrawasih.

At the opening of the XX Papua PON at the Lukas Enembe Stadium, President Jokowi stated that this event was a stage of togetherness, unity and brotherhood. PON is a stage for equality and justice to advance and prosper together, within the framework of the Unitary State of the Republic of Indonesia.

Indeed, at this time we have the potential for division that began in 2014. There are 2 opposing camps because they defend different candidates. This potential conflict can be ended because there is PON XX, so that both parties are united in watching favorite matches, such as football. They can unite and forget the old enmity, because there is a sports match.

Indeed, since the first sports competitions have become things that strengthen Indonesian society. For example, during the 2018 Asean Games Jakarta-Palembang and the 2020 Tokyo Olympics. When there is a PON event, the community will be even more united, because this event requires supporters who always have one vote.

In addition, PON XX is also a place of brotherhood for all Indonesian people. Indeed, PON is held in Papua but they are very welcome to athletes and officials from other provinces. Even though they are different in ethnicity, race, and belief, this does not hinder the spirit of brotherhood. In PON, they merged into 1 Indonesia, Bhinneka Tunggal Ika.

This brotherhood is very important because Indonesia can be built on the principle of brotherhood. If we are united and feel like brothers, even though we have different backgrounds, ethnicities, and races, we will continue to be united in continuing development. But when there is no sense of brotherhood, there is only division, which will undermine the country from within and may end in destruction.

President Jokowi also expressed his pride because PON XX was first held in Papua. PON is not just a sporting event, but also reflects the progress of development, equitable distribution of infrastructure, and the readiness of the Papuan people. In organizing major events to achieve national and international achievements.

Equitable distribution of infrastructure and development is indeed a concern for President Jokowi, because he wants every region in Indonesia to develop . Not only in Java but also in other areas, including Papua. Everyone has the right to enjoy adequate infrastructure and facilities from the government, so that their lives will progress and their standard of living will increase.

PON XX is a forum for the unity and brotherhood of the Indonesian people. They are united in supporting their idol athletes and become loyal supporters, thereby eliminating hostility and all kinds of conflicts. In addition, PON XX also proves that Papua also has representative facilities and infrastructure. It also shows the eyes of the world that Papuans are capable of being a brilliant committee.