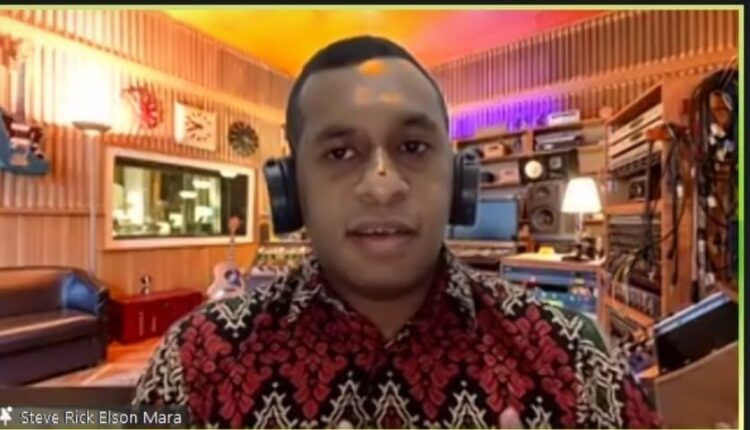 JAKARTA – Young Papuan leader, Steve R Mara said, XX Papua PON is a momentum to instill the value of the spirit of nationalism for all Indonesian people.

“As a native Papuan, I am proud that this XX PON is in Papua and this is a milestone because it will probably be 100 years from now that Papua will host the next sporting event that unites the nation’s children,” said Steve in a virtual podcast held by ICF. TV Channel with the theme “PON XX Papua, Strengthen Brotherhood and Unity, Monday, 20 September 2021.

According to Steve, the euphoria of PON XX feels the same as in the capital city of Jakarta, where people are very enthusiastic about this event and are ready to be a good host.

Of course, Steve added, the Papuan people are very ready and fully support this XX PON and become a good host, “he said.

“We hope that all Indonesian people will also fully support the implementation of PON this time, and we all can,” he said.

Public Policy Observer, Saiful added that the XX PON in Papua is certainly a good moment to unite the community in strengthening brotherhood.

“In accordance with the expectations of Mr. President Jokowi that the XX Papua PON should be able to increase unity, strengthen brotherhood and solidarity between regions,” said Saiful.

According to Saiful, the XX PON in Papua directly brings 4 kinds of approaches, the first is an inter-regional solidarity approach. Where each region will send their best sons and daughters to take part in the PON, so that constructive communication is established, exchanging experiences. And introduce each other positive values.

Finally, the welfare and security approach, of course, in this case is also very much awaited by the entire Papuan community. That security in Papua must also be maximized to create a sense of brotherhood.

“If all Indonesian people are united and have a high sense of brotherhood, they will be more aware and united, so they will not be easily influenced by persuasion, such as separatists or radicals who will mess up the values ​​of unity and brotherhood,” he said.