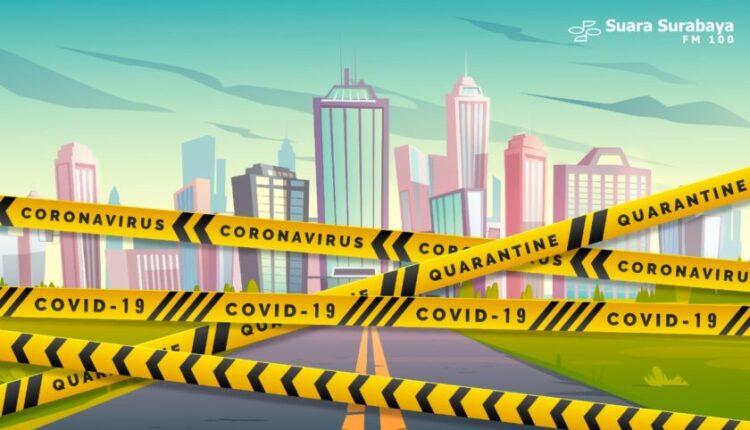 The Covid-19 case in DKI Jakarta is now under control with the decline in new cases, active cases, and the decreasing number of hospital occupancy rates. The Governor of DKI Jakarta through his Instagram account shows several photos of hospitals starting to become vacant compared to last month.

In uploading captions to his Instagram account @aniesbaswedan, Anies Baswedan wrote, since we have all reduced mobility, the pandemic situation in Jakarta continues to decline and God willing, we can get out of this critical period, as can be seen from the occupied IGDs of various hospitals in Jakarta.

He added that in the last few weeks he had continued to monitor several regional public hospitals in Jakarta. As cases increase, conditions in hospitals are now more controlled because the capacity of isolation beds from the ER to the ICU is available.

Anies compared Budhi Asih Hospital and Duren Sawit Hospital, which was so full last month that the front hall of the ER was filled with patients lining up to enter the ER, inpatient rooms and ICU. Currently, both hospitals show that the ER lobby is empty, patients can go directly to the ER. The situation according to the provincial government’s records also occurs in many hospitals in Jakarta.

With the hospital’s capacity decreasing, Anies hopes that more patients will recover and fewer will have to enter the hospital. This will reduce the burden on health facilities. Anies also revealed that the implementation of PPKM was effective in controlling Covid-19 in the capital city. He said, although active cases were decreasing, the Covid-19 pandemic was still not over because there were still 3,000 new cases per day. Currently, the positivity rate in Jakarta is at the level of 15% and bed occupancy is 70%.

Meanwhile, the Ministry of Health noted that the occupancy rate of hospitals in Jakarta for Covid-19 treatment has now decreased to 65%. The highest hospital occupancy rates are Central Jakarta 81%, West Jakarta 77%, South Jakarta 76%, East Jakarta 66%, North Jakarta 54% and the Thousand Islands 33%.

On a different occasion, the Bekasi Regency government recorded that the Bed Occupancy Rate (BOR) for isolation beds for Covid-19 patients in hospitals was only 56%. This condition decreased significantly compared to its peak in last July which reached more than 90%. The condition of the occupancy of the isolation beds for Covid-19 patients is currently also below the standard set by WHO, which is a maximum of 60%.

The President Director of the Bekasi District Hospital, Dr. Sumarti, confirmed that there had been a decline in Covid-19 patients at his hospital. According to him, more than 50% of the capacity of the isolation place for Covid-19 patients is not filled.

The capacity of beds or beds for Covid-19 patients at the Bekasi District Hospital is 317 units, currently around 120 beds are used. In fact, when the peak was last June-July, the occupancy reached 280 or above 90%.

He also added that health workers at the Bekasi District Hospital carried out pre-ER screening so that Covid-19 patients who experienced mild symptoms could be sent to hotels, so the patients being treated were patients who were really in moderate and severe conditions. In addition, it was also conveyed that the availability of medicines and oxygen for Covid-19 patients at the Bekasi District Hospital was sufficient.

In a different place, after 2 volumes of PPKM, BOR in Banjarnegara experienced a free fall to 52.65%. This condition is reflected in the decline in the BOR rate at Hasan Sadikin Hospital (RSHS) Bandung, which experienced a decrease in the BOR to reach 45.49%.

Director of Planning, Organization and General Affairs Drg Muhammad Kamaruzzaman said last July there were 291 Covid-19 patients being treated at RSHS. However, after two volumes of PPKM implementation, the number of Covid-19 patients decreased to 154 patients. As for the availability of beds, there has been a decrease as of August 1 as much as 45.49% compared to July, where the average occupancy reached 75.8%.

The reduced occupancy of beds in hospitals is apparently based on the implementation of PPKM that has been set by the government. This shows that PPKM is effective in reducing the burden of health workers and the occupancy of Covid-19 patients in hospitals.