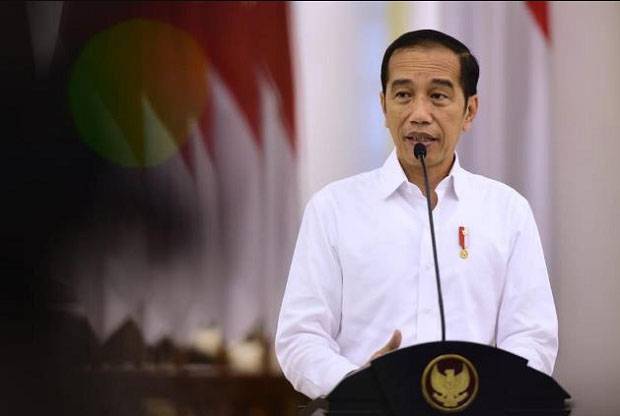 President Joko Widodo’s working visit to Abu Dhabi to meet with investors from the United Arab Emirates (UAE) is believed to have a positive impact. With this investment invitation, it is hoped that foreign entrepreneurs will be interested in developing their business in Indonesia.

On July 1, 2022, the President of the Republic of Indonesia, Joko Widodo, arrived in Abu Dhabi and held a meeting with the President of the United Arab Emirates (UAE), Sheikh Mohammed bin Zayed bin Sultan Al Nahyan. The meeting discussed a number of major agendas that would be carried out by the two countries and of course also discussed cooperation.

One of the focus of the discussion and currently being intensified by the Government of Indonesia is how to immediately return to being able to move the wheels of the economy in the country after the Covid-19 pandemic. For this reason, the investment factor is very crucial in the discussion, so President Jokowi immediately begins his agenda in Abu Dhabi to meet investors from the UAE.
As stated in a press statement by President Jokowi, the United Arab Emirates will be the last country to visit after the agenda of the G-7 Summit in Germany.

On the other hand, Coordinating Minister for Maritime Affairs Luhut Binsar Pandjaitan previously held a meeting with the President of the UAE. Luhut said that the UAE was willing to invest in strategic projects in the country, namely the construction of the National Capital City (IKN) of the Archipelago in Kalimantan. No half-hearted, the funds issued by investors reached 20 billion US Dollars.

Diplomatic relations that have been established with Indonesia and the UAE itself have been strong for a long time. Even in November 2021, President Jokowi accompanied by a number of Ministers including Coordinating Minister for the Economy Airlangga Hartarto also held a meeting in Abu Dhabi and discussed the same thing, namely an investment strategy that could benefit both countries.

At that time, the bilateral meeting resulted in an agreement that the UAE itself would continue to increase their cooperation in Indonesia in the form of trade and investment. Moreover, an agreement has been made between the two countries in the Indonesia-UAE Comprehensive Economic Partnership Agreement (IUAE-CEPA) in September 2021, where the two countries really hope that the agreement can be implemented and run without obstacles and completed on time.

In the CEPA agreement there is an agreement that has been agreed between Indonesia and the United Arab Emirates, namely increasing trade cooperation even up to three times and increasing the investment rating made by the UAE to Indonesia from the previous position of 25.

Coordinating Minister Airlangga stated that all cooperation in the investment sector to restore the country’s economy will be maximized by the Government, especially after the enactment of the Job Creation Law which makes the entire process of trading services and foreign investment to enter the country easier, so that economic recovery will be easier. post-covid-19 pandemic will soon be realized.

Several sectors that the Coordinating Minister for Economic Affairs hopes that the United Arab Emirates can provide maximum assistance to the United Arab Emirates are the health sector, sustainable green economic development, cooperation in the renewable energy sector, retail and port infrastructure, toll roads, cooperation in digital technology and in the field of defense industry.

In the defense industry itself, the UAE has agreed to build a cooperation protocol development as signed directly by Defense Minister Prabowo Subianto. The cooperation will focus on the development of the defense industry between the two countries, namely by increasing the alignment of strategic planning, formulating policies for research to joint production. In addition, there are also provisions in the formulation of the cooperation regarding the national offset program, technology licensing, provision of international talent and investment in human resources.

The value of investment and trade that has been carried out by the UAE to Indonesia continues to increase from year to year. For example, the investment value in the period 2017 to 2021 reached 189.8 million US dollars by handling 484 projects. Then for the trade value itself, throughout 2020 it reached 2.9 billion US Dollars.