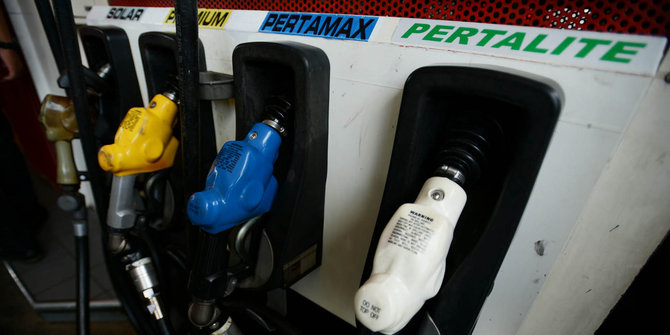 Exactly on Friday (1/7) restrictions on the purchase of subsidized fuel oil (BBM) were set by the government. As it is known that there will be quota restrictions and segmentation of users who usually purchase Pertalite and subsidized Solar so that it is more targeted and not too broad of users.

Apart from that, of course there is a logical reason behind the policy, which will have a positive impact on other sectors for the sake of the Indonesian economy so that it can continue to spin amidst the threat of an inflation crisis and recession as well as efforts to improve after the Covid-19 pandemic. One observer stated that the industry that would benefit from the implementation of the policy was electric vehicles.

So far, there are still a lot of people who consume Pertalite as the main fuel for their vehicles, especially after the increase in Pertamax to Rp 12,500 per liter, making people prefer to continue using Pertalite.

Committee member of the Downstream Oil and Gas Regulatory Agency (BPH Migas) Saleh Abdurrahman stated that public consumption of using Pertalite as fuel has even exceeded 50 percent, so its control is very difficult to regulate. Therefore, this quota limitation policy occurred.

Furthermore, there will be a revision of Presidential Regulation No. 191/2014 concerning the Supply, Distribution, and Retail Selling Price of Fuel Oil, which aims to make people able to not continue to take advantage of the Pertalite subsidy from the Government. Not only that, but Saleh also stated that it is better for people who have vehicles with large cc to consume high octane fuel because it will be more efficient and environmentally friendly.

Even Toto Pranoto as the Associate Director of the BUMN Research Group LM (Management Institution) from the Faculty of Business Economics, University of Indonesia, also encouraged policies like this to be further improved to be comprehensive so that the electric vehicle segmentation becomes more massive in the market because recently there have been many electric vehicles emerging. enter Indonesia, so this step can be a transition to the people’s vehicle consumption habits.

Of course, according to Toto, Indonesia must also immediately switch from consuming fossil fuels to consuming renewable and cleaner energy because it is in the interest of the world’s future so that it is in accordance with the ideals of sustainable development so that future generations can still comfortably live in Indonesia.

In addition, other support also came from Mawit Setiawan as the Executive Director of Energy Watch who said that the policy of limiting the subsidized fuel quota would certainly ease the financial burden on the state because the Government did not have to spend too much compensation and subsidies, and the subsidies were expected to be more targeted to them. only need.

The policy of limiting the purchase of subsidized fuel was also appreciated by Member of Commission C DPRD Palangka Raya City, Jhony Arianto Satria Putra who stated that this was a very wise thing to do. The reason is, there are several practices of unscrupulous individuals who deliberately purchase large quantities of Pertalite, thus making the supply of fuel for people in need becomes scarce.

Therefore, in order to anticipate the hoarding of subsidized fuel by several individuals, the policy of limiting the consumption of subsidized fuel is very appropriate. With these restrictions, it is hoped that energy subsidies can be more targeted to the poor.