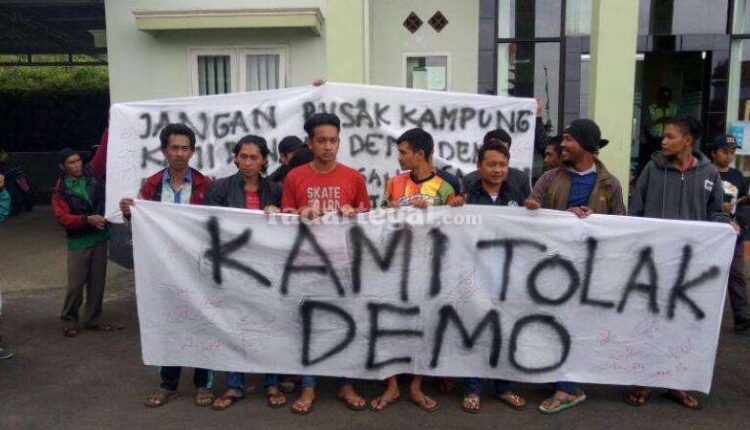 The workers will demonstrate on August 5, 2021. This plan is of course strongly opposed by the community because demonstrations during the Covid-19 pandemic will create a new cluster of Covid-19.

Once again, the Confederation of Indonesian Trade Unions (KSPI) made a scene with plans for a demonstration to be held in early August. They deliberately look for a date that is safe because PPKM level 4 has finished (if not extended). According to KSPI Chairman Said Iqbal, demonstrations will be held in various provinces in Indonesia and will be attended by at least 10,000 workers.

Iqbal continued, this time’s demonstration was themed about raising the white flag over the corona. He revealed the fact that more and more workers are affected by this dangerous disease but are receiving less attention from factories. Therefore, he and all his colleagues demanded that the government pay more attention to the fate of the workers.

The public is certainly against this labor demonstration. It’s not that they don’t have empathy, but demonstrations during a pandemic are strictly prohibited. According to the Head of the Public Relations Division of the National Police, Inspector General Argo Yuwono, permission for demonstrations during the pandemic will not be given because there is a crowd that could potentially spread the COVID-19 virus, because they do not comply with health protocols. This is also based on STR 645/2020 so that the legal umbrella is strong.

Although Iqbal guarantees that the labor demonstration this time will comply with health protocols, it is somewhat doubtful. The reason is because during the demonstration some time ago there were many violations, ranging from many participants taking off their masks to not maintaining a minimum distance of 1 meter. In addition, there must be many who share bottled drinks.

These violations can lead to a new corona cluster. The reason is because droplets can be scattered among demonstrators who do not wear masks or in drinking water that is shared in bottles. The protesters hope to understand it and eventually cancel his intention.

Moreover, doctors claim that the delta variant corona is more dangerous because it is the result of a mutation. So it will attack more quickly and fiercely. Even the delta covid-19 virus can be transmitted only when it comes into contact with OTG. Meanwhile, during the demo, we did not know which of them had OTG status because they were not physically visible.

From the demonstrations carried out by workers in the previous period, random rapid tests were always held and the results were mostly positive for the corona virus. They were lucky because they were identified so they could immediately seek treatment and self-isolate for 14 days, but at the same time they were also guilty of spreading the COVID-19 virus to many people.

Moreover, the tracing process, aka tracing anyone who came into contact with OTG after the demo, was very difficult, because there was no official record of addresses and data. So it is certain that the virus will spread more and more, from demonstrators, to their families, friends, neighbors, to people who pass accidentally. How terrible it is when this happens because it can increase the number of corona cases in Indonesia.

The ban on demonstrations is more about preventing the spread of the corona virus, not being arrogant because people don’t want to be criticized by the people. The government does not want a new corona cluster that can cause mass illness, because of the ferocity of the delta variant corona. Especially when many demonstrators have not been vaccinated, so the risk is high and can cause death. Demonstrations during the pandemic are certainly prohibited and workers are expected to be aware and cancel their plans. Even though he promised to obey the health protocols, it would be difficult to keep a distance and not take off the mask. Don’t be angry when the demonstrators are chased away by the authorities, because they are carrying out their duties to prevent the spread of the corona virus. (Main Aditya)