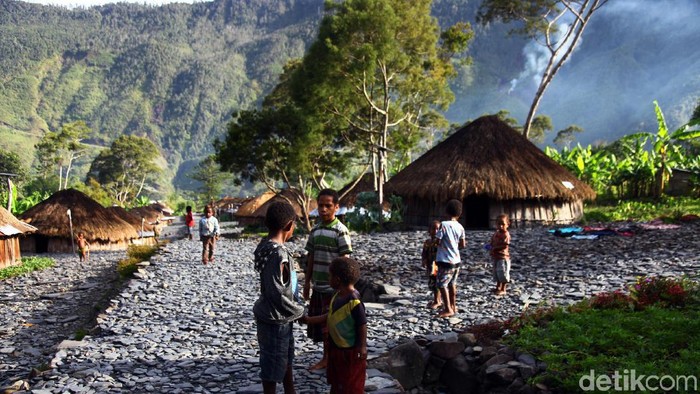 The House of Representatives (DPR) has officially passed the Papua Special Autonomy Law . The regulation is believed to be a state effort to accelerate development in Papua.

Development in Papua is the government’s intention in order to realize an Indonesia-centric or comprehensive development. The region, which is located in the easternmost part of Indonesia, should receive special attention, because its infrastructure development is different from other parts of Indonesia, especially on the island of Java.

On the occasion of the Papua Special Special Autonomy Working Meeting with the government, he who is a politician from the Golkar Party faction agreed that the Otsus policy is expected to not only overcome security, but also accelerate development in Papua.

Meanwhile, member of the Special Committee for the Revision of Law Number 21 of 2001 concerning Special Autonomy (Otsus) for Papua, Guspardi Gaus, hopes that this regulation can overcome conflict problems and accelerate development in Papua. He considered, with the completion of the revision of the Papua Special Autonomy Law, it is hoped that it will provide the maximum benefit for the welfare and prosperity of the Papuan people. In addition, he hopes for the realization of justice, the enforcement of human rights, the rule of law, democracy and the implementation of good governance in Papua.

According to Guspardi, the journey of the Papua Special Autonomy Special Committee since it was formed at the end of March 2021 until the decision was approved to be brought to the DPR Plenary Meeting is proof of the DPR’s commitment to carrying out its duties as people’s representatives, especially in the field of legislation. He said that in the end the Special Autonomy Special Committee for Papua made changes to 19 articles, namely three articles proposed by the government and 16 articles that were not proposed by the government.

Guspardi explained that the Special Committee for the Special Autonomy Bill had also expanded the scope of special autonomy so that it would not only be implemented at the provincial level, but also in districts/cities. According to him, this is very important in order to accommodate political affirmation guarantees for indigenous Papuans (OAP) so that they are expected to play a more optimal role in various fields of life in Papua.

In early 2021, part of the Trans Papua road has begun to be completed and is able to connect between regions, one of which is the road that connects Wamena-Jayapura.

Previously, to be able to go to these two areas, the mode of transportation used was a plane with a fairly large cost, now with the Trans Papua road that has connected the two regions, land transportation is becoming more accessible. The construction of the Trans-Papua Road is President Jokowi’s policy to improve the welfare of indigenous Papuans, then catch up by opening access from one area to another.

Some curious indigenous Papuans also began to be desperate to take this road even though at that time the road was not yet 100% complete, as was done by Yoni’s sister and friends who traveled Jayapura-Wamena for 3 days in 2018 and became 2 days faster in 2019 because the road has begun to be completed.

Meanwhile, the chairman of the Jayapura City DPRD, Abisai Rollo said that the Special Autonomy funds that had been disbursed so far had helped indigenous Papuans in helping to develop Papua, especially in terms of the budget that continued to increase. Abisai m engusulkan, to be further optimized in terms of use, made a special institution to manage the funds. If not, the local government that receives the funds is expected to actually use it according to its designation so that the benefits are truly felt by the Papuan people.

Abisai explained, what has been good from the implementation of Otsus must still be maintained. He hopes that the Special Autonomy funds can also be directed to traditional villages, indigenous Papuans. Indigenous Papuans who want to continue their education both domestically and abroad, can get convenience. Even if necessary, a special hospital is created. with Otsus funds so that residents no longer need to spend money if they want to seek treatment.

Papua is a priority area to continue to be developed by the government, because with the development of the easternmost province in Indonesia, it can increase the level of welfare and have competitiveness.