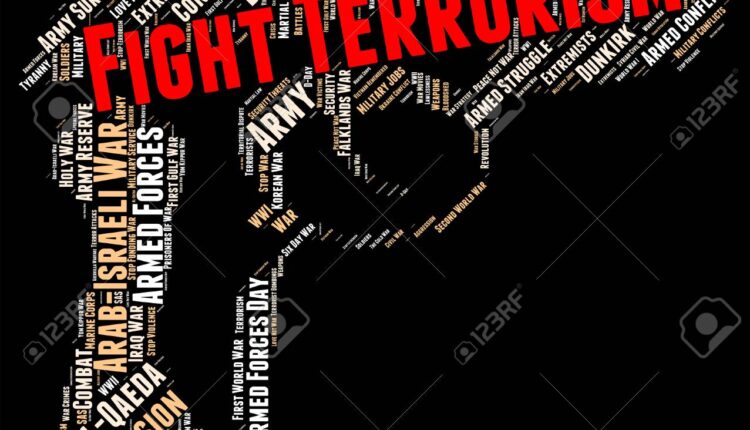 The arrest of a terrorist member brings new facts. They had taken the allegiance at the headquarters of a banned mass organization. This fact shows that it is true that these mass organizations are prohibited from circulating in Indonesia, because they are affiliated with terrorists and spread the teachings of radicalism.

Radicalism and terrorism are terrible ideas, because they always impose their will and opinion. They want to establish a khilafiyah state and reject Pancasila outright. Whereas since 1945 it has been clear that the basis of the Indonesian state is Pancasila and we are a democratic country, not a khilafiyah state.

Terrorism and radicalism are the government’s big homework in early 2021. In the first quarter, there have been 2 cases of terrorism that have cost lives, namely the bombing in Makassar and the attack on the National Police Headquarters in the Kenayoran Baru area, South Jakarta. Terrorists are getting crazy and are determined to attack the Headquarters which is the headquarters of the police.

From these two tragic events, the police have tightened their security even more. Both in police stations, houses of worship, and other public facilities. The reason is because these places are easy targets for terrorist bombings or attacks. There are many people there who can become victims and show their strength.

However, the police did not remain silent. The anti-terror Special Detachment 88 was more intensive in arresting terrorists. Finally, 4 suspects who carried out terrorism in Makassar were caught. Head of the Public Information Division of the National Police, Kombes Pol Ahmad Ramadhan, stated that the terrorist suspect committed allegiance at the FPI headquarters which is now a banned organization.

Kombes Pol Ahmad continued, the allegations were carried out by Basri and Abu Bakr Al-Baghdadi. The terrorists who carried out the bombing were members of JAD (Jamaah Ansharut Daulah). The terrorist organization is based in the Philippines and is suspected of being on the ISIS network. In that sense, it is clear that these acts of terrorism were planned and the network was international.

Pledge is the process by which a terrorist member pledges allegiance to his organization. If you have taken a naive, then your brain is ‘washed’. In that sense, a terrorist member is influenced to make him believe that this country is a tyrant and its officials are toghut that must be eradicated. Terrorism is their way of striving to reach heaven.

This very distorted thinking must be straightened out. Terrorist members who have been caught must carry out a deradicalisation program and clean their brains from extreme and radical thoughts. Because their way of thinking is very terrible, to the point of justifying killing in order to achieve their desires.

The next terrorist arrests were in the Condet area, East Jakarta. At the residence of the terrorist with the initials HH, FPI’s attributes were found in the form of a jacket, flag and book. This fact did not really surprise the public, because from the start they suspected that FPI was affiliated with a terrorist organization. The proof is that Munarman, as a high-ranking FPI official, had attended the pledge of a terrorist organization.

Kombes Yusri Yunus, Head of Public Relations at Polda Metro Jaya stated that the collaboration between banned mass organizations (FPI) and terrorist organizations is still being investigated by the Densus 88 investigation team. it is true that they are taking advantage of the FPI in Indonesia.

With these facts, the disbandment of FPI is deemed very appropriate. Because they reject Pancasila as the basis of the state. Also affiliated with a terrorist organization. Moreover, FPI and terrorists both hate the government and want to change the concept of a state into a caliphate.

The allegations of terrorist members to banned organizations such as ISIS make the public even more alert, because many young people are secretly recruited by them. It is still under suspicion that ISIS is working with FPI to smooth its intentions in Indonesia. The police are trying hard to solve this case and prevent terrorism cases from happening again.