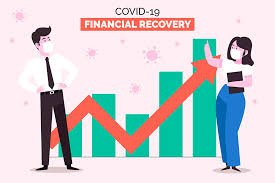 The Government Intensively Realizes PEN During the Covid-19 Pandemic

During the pandemic, the government is trying hard to help all its people. One way is through the national economic recovery program (PEN). Why a program? Because this program regulates policies in the field of finance and taxes, thereby easing the burden of the poor.

Many people immediately collapsed because of the pandemic, not only the small people but also the upper middle class. People’s purchasing power has decreased drastically because many have lost their jobs. Business people are also experiencing difficult times because their turnover is also stagnant, even decreasing.

The government has created a national economic recovery program to help people survive in the midst of a pandemic. The trick is to provide tax incentives, interest subsidies, and guarantees for new capital loans for MSMEs. In addition, there are also tax incentives and debtor restructuring for corporations.

The purpose of the national economic program is to protect the economic capacity of business actors, especially MSMEs. Why small and medium entrepreneurs? Because they are the backbone of the Indonesian economy, and as many as 90% of entrepreneurs are in the small and medium level. So they need support from the government.

Taxes for MSME entrepreneurs will be given an intensive 0.5%, in accordance with Government Regulation number 23 of 2018. So that they do not pay final income tax from April to September 2020. Then this intensive is extended again so that they do not have to pay taxes again until June 2021. The condition is that taxpayers must have a gross turnover of under 4.8 billion per year.

With this condition, corporations can also apply for tax incentives, because there are those whose gross turnover is not that big. The public should not be surprised why not only MSMEs receive tax incentives, but also corporations. Due to the fact that many companies have collapsed during the pandemic, because people’s purchasing power has decreased considerably.

With this intensive provision, the government applies the precepts of social justice for all Indonesian people, because not only small people who get tax incentives, but also middle-level entrepreneurs. This is not cheating, because mid-level entrepreneurs also need help, and people are asked not to think negatively. Because almost all parties are affected by the negative effects of the pandemic.

In addition to providing tax incentives, the government is also trying to increase people’s purchasing power, by providing several programs. The budget is no joke, amounting to 172.1 trillion and is indeed large because it is hoped that it can provoke people to spend money and accelerate the wheels of the Indonesian economy.

Assistance provided to the community includes BLT, pre-employment cards, electricity exemption (for those with low power/900 or below), etc. BLT is not a program to continue to bribe people so that they are lazy. However, it is only an inducement so that the money can be used for shopping and if possible some of it is used for business capital. BLT is very useful, especially when there are many new unemployed during the pandemic.

While the pre-employment card is a program that has actually been planned since the first period of President Jokowi’s leadership. This card holder does not immediately get money, but must attend training, such as entrepreneurship, computer programming, graphic design, foreign languages, etc. So they get pocket money as well as skills.

This skill is expected to trigger them to open new businesses. For example, after receiving entrepreneurial training, they become brave to open an online shop, because they already know the knowledge, how to find suppliers, foster resellers, etc.
The national economic recovery program helps the community to survive in the midst of a pandemic. So they are relieved to pay taxes for several months. In addition, the community was also helped because they received various assistance from the government, such as BLT, pre-employment cards, etc.