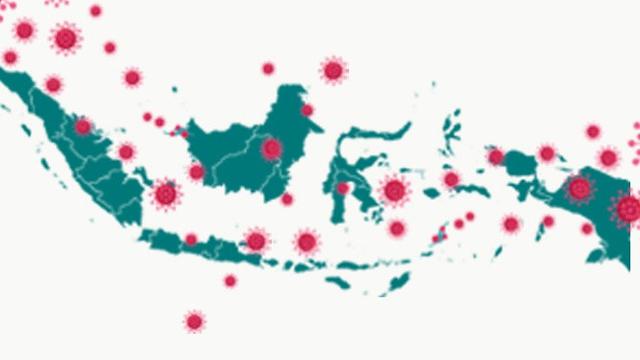 The government optimally anticipates the spread of Covid-19 Variant XE which has spread in various countries. However, the public is encouraged to continue to support the success of the vaccination expansion program and continue to maintain health protocols.

The Covid-19 pandemic is still not really over in the world. Therefore, the Indonesian Ministry of Health continues to urge all parties to remain alert to the threat from the XE variant. It is known that the variant is an amalgamation of Omicron BA. 1 with BA. 2. In addition, there is other news which states that it turns out that this XE variant is a variant that is 10 percent faster in transmission.

banners 336×280
The World Health Organization (WHO) reports that the latest variant of Covid-19 XE was first identified in the UK. Prof. Tjandra Yoga Aditama as Professor of the Faculty of Medicine, University of Indonesia (FKUI) said that the detection stated that 763 XE samples were in England. In fact, apart from that, this variant is already in China and Thailand.

Even though for now the XE variant itself has not been found in Indonesia, the Secretary of the Directorate General of Public Health at the Ministry of Health, Siti Nadia Tarmizi said that it does not mean that there is no possibility of the Omicron derivative mutating in Indonesia. This is due to the fact that Omicron BA. 1 and BA. 2 itself already exists in the country, so it is not impossible that Omicron XE is able to mutate.

But fortunately, the Government has so far been trying and doing its best to immediately stop the spread of the virus so as to be able to reduce the potential for the emergence of new types of viruses. So far, the vaccinations that have been implemented in Indonesia have increased in scope. Moreover, the Government itself has also set a clear target regarding the achievement of vaccination, which is 70 percent by June 2022.

By targeting 70 percent of the second dose of vaccination as standardized by the WHO, then at least we can deal with all the worst cases as soon as possible. Furthermore, Nadia added that although it is not actually included in the primary vaccination program, it would be better for the community to participate in booster vaccinations.

Of course, all the appeals and programs carried out by the Government are an anticipation effort so that the XE variant does not enter Indonesia. There are at least 4 steps sought by the Government in order to prevent the XE variant from entering Indonesia at all. These steps include continuing to provide appeals to the entire community to implement health protocols, tighten testing and tracing and of course with the expansion of vaccinations.

Then in the capital city of DKI Jakarta, the Health Office also immediately tightened its monitoring regarding whether this XE variant had entered the capital or not. Direct searches and examinations are intensified, especially there are several specimens suspected of being similar to the symptoms of the XE variant of COVID-19 so that with the detection as early as possible, the massive spread will be able to be suppressed.

In fact, it can be said that so far the number of Covid-19 in Indonesia itself has continued to decline, but even so the Government is still carrying out testing and also tracing. Of course, all the things that the Government has done are not in order to anticipate the emergence of new variants which have started to infect several people abroad.

The policy of not being careless even though the Covid-19 number has been sloping is indeed worthy of our appreciation. The government shows how serious it is in handling and preventing new variants. Of course all that can not be avoided from efforts to protect us all. Therefore, the whole community is also advised not to relax health protocols at all.