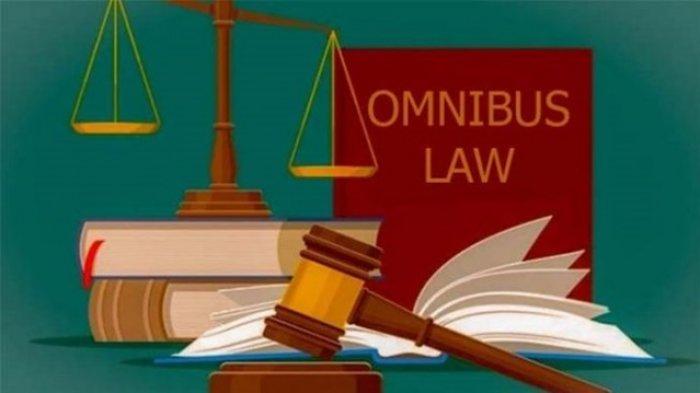 The Job Creation Law is the government’s breakthrough to overhaul/abridge the legal rules that have been considered to hinder investment. With a clear legal umbrella, investors will be able to do business and previously existing investment problems will be solved.

Indonesia is a country with a lot of potential because it has natural resources, mining wealth, and a lot of human resources. Therefore, not a few foreign businessmen who want to open their business in this country. But unfortunately there are those who cancel their intentions because of the actions of individuals who carry out extortion during the processing of permits or collided with several other problems.

In fact, investment is needed for Indonesia because funds from foreign entrepreneurs can increase the country’s foreign exchange. With this foreign exchange, we can build the country and especially make a revival in the economy, after being hit hard by the Covid-19 pandemic. So, the government’s move to promulgate the Job Creation Law which has an investment cluster is very appropriate, because this law can solve investment problems.

Chairman of the Standing Committee of the Indonesian Chamber of Commerce, Bob Azam, stated, “The Job Creation Law encourages economic growth. In addition, this law is a legal umbrella for foreign investors, because there is a breath of fresh air for them. The Job Creation Law has the potential to overcome three chronic problems in stimulating investment, namely employment, licensing, and taxation.”

Bob continued, “The Job Creation Law addresses problems in the employment sector because it provides vocational training for prospective workers in the industrial sector. That way, prospective workers in the industrial sector can have higher skills. The Job Creation Act also makes licensing easy and fast. In addition, this law also provides legal certainty for investors, especially in the field of taxation.’

If there is vocational training for prospective workers in the industrial sector, it is very good because it can improve the quality of human resources. They not only work by relying on diplomas, but also have high skills. If you have skills, you have a plus and investors will be happy because the workers are smart and skilled.

Then, the issue of licensing is also addressed directly by the Job Creation Act because everything is via online single submission. If it is online, it will speed up the time for the issuance of permits because it usually only takes five working days, can be completed and the permit can be used for the business of investors. Another advantage is that this system eliminates extortion because everything is online so there is no need to submit files to the officer.

Licensing is also facilitated by the Job Creation Act because it is risk-based. In addition, online licensing will speed up the process because you don’t have to take care of permits from the level of ordinary employees to high-ranking officials, or from regional heads in one province to officials at lower levels.

Lastly, the job creation law can facilitate tax matters for foreign entrepreneurs. They don’t have to worry about taxes anymore, but that doesn’t mean they are exempt from paying taxes. It’s just that it makes it easier to take care of taxation and doesn’t have to face a long and tedious bureaucracy.

The Job Creation Act is a new breakthrough given by the government and makes it easier for the public and foreign entrepreneurs, because they can invest in Indonesia. Investment will be easy because of the online system implemented at the licensing agency. With a single submission, it also reduces the chances of annoying extortion, and foreign investors are increasingly happy to do business in Indonesia.

Support the Presidential Instruction for Accelerating the Use of Domestic Products

The easing of Ramadan worship must be with strict Health Protocol