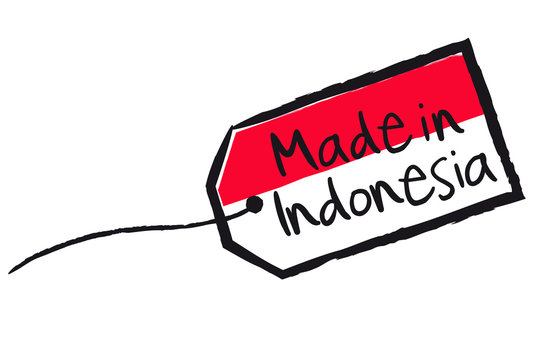 Support the Presidential Instruction for Accelerating the Use of Domestic Products

President Joko Widodo has issued a Presidential Instruction (Inpres) to accelerate the use of domestic products. The public also appreciates the issuance of this regulation as a form of government’s alignment and attention to Micro, Small and Medium Enterprises (MSMEs).

This appreciation was also conveyed directly by Luhut Binsar Pandjaitan as the Coordinating Minister for Maritime Affairs and Investment by directly seeking synergy between various ministries and various institutions. Starting from the Regional Government to SOEs also implement the Inpres. One of the benefits that can be obtained from the issuance of the Presidential Instruction is that we can directly increase national economic growth.

The government is directly targeting Government spending for Domestic Products (PDN) of Rp 400 trillion in 2022, there is even a plan to continue to increase it to reach Rp 500 trillion in April. With this target, it can be said that national economic growth will immediately increase by around 1.67 to 1.71 percent with an estimated job opening of around 2 million.

Not only that, the benefit of the promotion of Domestic Product (PDN) spending is the opportunity for demand in the market for PDN to increase, automatically there will be a strengthening of supply as well as through the development of various industries and new investments. In an era that is completely digital, of course, the public will also be much more interested if the promotion of all PDN can be reached, one of which is by utilizing technological advances.

In addition, the transparency of the act of purchasing PDN must also be completely guaranteed and its authenticity is also protected. For this reason, the Government has also prepared an LKPP e-Catalog (Government Goods/Services Procurement Policy Agency), which will contain a wide selection of products from MSMEs and it is reported that currently around 200 thousand products have been registered. The Government’s target by the end of 2022 is to even reach around 1 million products registered in the e-Catalog so that it will be much easier for all people to carry out the Government’s efforts to love domestic products.

In addition, to minimize the existence of a fraud or violation and also to strengthen the certainty of the legal basis, various parties have also been prepared by the Government such as the BPKP, the Attorney General’s Office, LKPP to the National Police who will become the supervisory team and provide assistance in the implementation of the PDN expenditure. .

Of course, this policy issued is one of the efforts to answer the many outside opposition who always say that the Government now only relies on imported products from abroad. Slowly, the government will continue to suppress and limit imported products so that the domestic industry itself also develops.

At least the target that has been determined is that by 2023, there has been a reduction in imported products of up to 5 percent for all Ministries/Agencies including Regional Governments, which so far still depend on foreign products to fulfill their spending. Furthermore, the Presidential Instruction also includes the abolition of requirements that might hinder the use of PDN and instead it is replaced by the inclusion of a mandatory requirement to use domestic products.

Empowerment efforts carried out by the Government for MSMEs by cooperating with various Ministries/Agencies and Local Governments aim to prepare our MSMEs to compete and become one of the global industrial supply chains in the long term so that we are not only dependent on product imports, but we can become an exporter country that success.